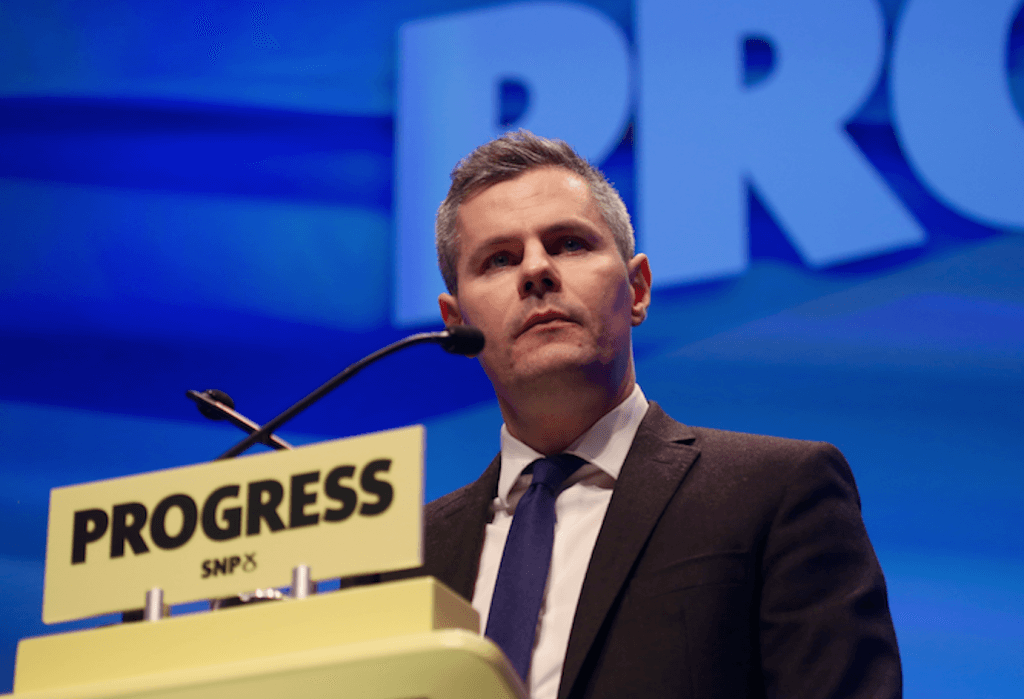 Derek Mackay: ‘the SNP continues to go from strength to strength’

The SNP has welcomed figures published today by the House of Commons library showing that the party now has 125,482 members – making it the second largest in the UK.

SNP membership represents 3% of the Scottish electorate while combined membership of the Conservative, Labour and Liberal Democrat parties is around 1.6% of the total UK electorate.

The SNP claims the Conservative party membership is fewer than 60,000 while the party claims it is double that number.

SNP business convener, Derek Mackay today said: “Over 7,000 people joined the SNP in just five days in June, propelling us ahead of a waning Tory party which is at risk of imploding completely over Brexit.

“Like the extraordinary membership surge of 2014 joining the SNP has once again become not just a powerful symbol, but the best way to ensure Scotland’s voice is heard.

“People were rightly outraged at Tory plans to remove powers from the Scottish Parliament, and that only 15 minutes were given over at Westminster to debate the impact of the EU Withdrawal Bill on devolution.

“As today’s figures reveal, the SNP continues to go from strength to strength. We continue to build the case for Scotland’s future, built on hope and optimism. And now more and more people agree that independence is the only way to deliver a fairer and more prosperous Scotland.

“And a new (Best for Britain) poll today suggests that voters are being driven away from the despair and chaos of Brexit towards that positive vision for Scotland, with a majority now backing independence.

“With independence polling at historic highs, and SNP membership surging, we are more determined than ever to secure the best future for Scotland.”