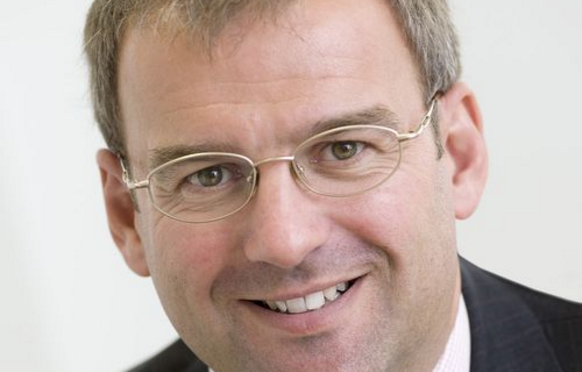 Another of the big four accountancy firms has paid out hefty profits per partner at a time when the profession is under scrutiny over its audit work.

Profit at PwC was £935 million and the average distributable profit per partner before tax was £712,000. The effective UK tax rate for partners was 48%.

Criticism has been levelled at the big accounting and audit firms after they signed off accounts of companies that subsequently failed.

In June this year the senior PwC accountant who audited BHS’s accounts ahead of its sale for £1 just a year before the department store chain collapsed, was given a 15-year ban and six-figure fine from the industry watchdog.

PwC itself was fined £6.5 million, the biggest penalty ever issued by the auditors’ watchdog, over the handling of the collapsed retail chain’s accounts. It was reduced from £10m after it agreed to settle.

That same week KPMG was fined more than £3m by the Financial Reporting Council for misconduct relating to the scandal-hit insurance software firm Quindell.

Despite the penalties and reprimands, the big four firms continue to dish out huge payments to their top staff. Partners at Deloitte have recently received the biggest rise in payouts since the financial crash. Average profit for the 702 equity partners will be £832,000, a rise of 0.6% year-on-year.

Today PwC reported revenue of £3.76 billion for the year ended 30 June, up 5% from £3.6bn and said it was performing strongly.

Revenue growth in Scotland was in line with the UK, with above average growth in the delivery of technology and data services areas, where the firm has significantly invested.

Lindsay Gardiner, regional chairman for PwC in Scotland, said: “Delivering year-on-year growth in a challenging environment is testament to the tireless efforts of our entire Scottish workforce to support our clients and illustrates the importance of our continued investment in people and technology.

“It is pleasing to see a strong performance across core services in auditing, tax, and deals, and I’m delighted at the progress we have made in bringing technology solutions to Scottish businesses in critical areas like cyber security and data analytics.

“This has been reflected with a number of significant wins in digital transformation in both the private and public sector.”

In the UK firm, assurance revenues increased by a solid 3%, Consulting revenues were up by 1%, Deals grew strongly by 10%, and the tax practice, which includes specialists in areas such as immigration, legal services and pensions, experienced good growth of 7%.

Kevin Ellis, PwC UK chairman and senior partner, commented: “Despite uncertainty over Brexit, all four of our business divisions grew this year, with high demand for technology-related services, including cyber, data analytics and GDPR.

“Twenty-nine percent of the firm’s revenues came from inbound – organisations headquartered outside the UK – highlighting the importance of the UK as a global business hub.

“Momentum in our business is good, driven by a strong deals market and demand for technology-driven business expertise.”

Among many highlights in Scotland in the last year, PwC this year launched its first Data Science Graduate Apprenticeship, which will see 17 recruits gain a traditional university experience while receiving paid on-the-job training. The first recruits attending the universities of Edinburgh and St Andrews joined the firm last week.

Mr Gardiner added: “The launch of our Data Science Graduate Apprenticeship is a truly pioneering step in the professional services industry and ensures that our staff will develop the crucial skills required as data becomes much more integral to how all businesses operate.

“PwC has also increased its focus on the private business sector, and that will continue into the next year.

“I’m also incredibly proud of the work we have done with our communities. From promoting social mobility through our sponsorship of last week’s Social Enterprise World Forum in Edinburgh, to another successful One Firm One Day volunteering opportunity for our staff, and our ongoing fundraising activity with Samaritans.”

In the financial year, more than 150 staff were recruited to its offices in Edinburgh, Glasgow and Aberdeen.

Mr Gardiner continued: “The year was one in which the firm in Scotland increased investment in senior talent, with James Houston being made partner and eight new directors appointed. Our technology risk and data team now has more than 100 staff, and we have also appointed 57 graduates this month.

“In the year ahead we are confident in our abilities to navigate potential headwinds from the ongoing Brexit negotiations, leading up to the UK’s exit date in March 2019.

“With recent figures showing Scotland’s economy growing ahead of the overall UK, and increasing signs of recovery in the oil and gas sector, we believe we are well-positioned to continue our recent success.”