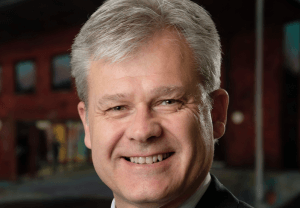 Companies across Scotland’s construction sector say a recent initiative to ease the problem of late payments is having little impact.

Just under half of all payments from public sector bodies were made within 30 days, according to a new survey, while less than a third (30%) from commercial clients were made within that time period. The rest took up to 89 days to settle their accounts.

Scottish Government initiatives to improve payment were having little overall impact with just over 10% of respondents saying that their organisations’ projects used Project Bank Accounts (PBAs) which were designed to ensure money was paid out to sub-contractors.

The survey was carried out on behalf of the Electrical Contractors Association, the Building Engineering Services Association, Scottish electrical trade body SELECT and the Scottish and Northern Ireland Plumbing Employers’ Federation.

It also showed that the costs faced by companies shot up in the second quarter of the year, reflecting ongoing political uncertainty and wider international commodity ramifications.

More than 70% of respondents said that material costs were higher than at the start of the year whilst 29.51% said that the cost of being tendered to had risen.

Darrell Matthews, who took over as Managing Director of SELECT earlier this year, said: “The construction sector is currently in a good place in Scotland, but this masks some bad practice in the industry, as this survey highlights.

“Whilst it’s good to see some public sector clients’ efforts on fair payment policy heading in the right direction, it is vital to ensure that SMEs, the lifeblood of the Scottish economy, are paid on time.

“It is also a tribute to the resilience of both small and large employers that they are generally more optimistic about future work despite rising costs and recurring late payment issues.

“The Scottish Government could do more to assist SMEs by enforcing their own powers under the Procurement Act to make sure payments are made on time right down the contractual chain. Changes to the levels at which PBAs are introduced would also help in speeding up payment.”

One Comment to PBAs having little impact on late payment problem