Parents paying a third more for homes near top schools 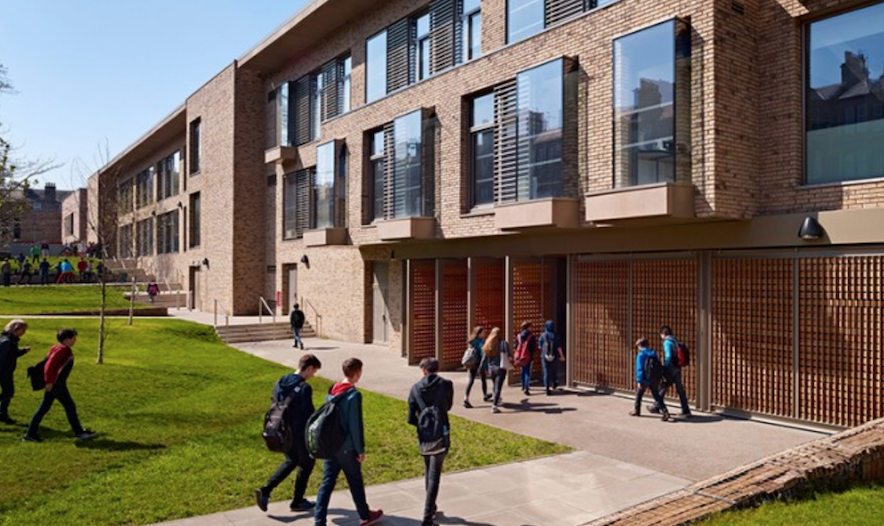 Parents are paying an average premium of £72,973 to live in the catchment area of a top performing state secondary school in Scotland, according to new research from Bank of Scotland.

This is a significantly higher premium than last year, when the top 20 Scottish state schools were commanding a premium of £41,441 on average, or 22% more than other properties within the same local authority.

This difference is due to a change in the mix of schools in the top 20 in the past year – with a number of new schools in relatively more expensive areas in the latest survey.

New entrants such as Hyndland Secondary School in Glasgow and James Gillespie’s High School in Edinburgh have driven up the average premium, costing an average of 76% and 69% respectively than other homes in the same local authorities. They top the table in first and second position as the most expensive school catchments.

There are six new entrants to the top 20 schools this year, all of which fall within the top 10 most expensive school catchments.

Graham Blair, mortgages director at Bank of Scotland, said: “When buying a home, many parents want their children to be close to a top performing school, and school catchment house price premiums generally tend to align to where we already know property is more expensive, for example, Edinburgh, Aberdeen and Glasgow.

“With the mix of top schools changing so much from last year, there is a risk that parents focused on school catchment areas could spend money on a property – only for the nearby school to drop out of the top performing list in the coming years.

“Therefore, they may benefit more from buying in an area where the schools are consistently in top 20 but house prices trade at more of a discount.”

Within the top 20 schools, five catchment areas remain where homes cost less than the average property in the same local authority (down from eight in 2017).

The best performing of these is St Ninian’s High School in East Renfrewshire, which is rated fourth, and where house prices cost on average £259,024, -2% on the rest of the local authority.

Also among the five are Bishopbriggs Academy (-19%), Lenzie Academy (-23%) and Turnbull High School (-19%) all in East Dunbartonshire, and Woodfarm High School (-2) in East Renfrewshire.

Those who bought a home within the catchment area of a now top performing school five years ago will have seen the value of their home increase by 30% or £64,034 on average over that time period. Back in 2013, the average house price was £213,101.

The biggest growth over the last five years was in the catchment area for James Gillespie’s High School in Edinburgh where house prices have risen on average from £271,020 to £424,647 (57%).

Below: House prices in postal districts of the highest ranked secondary state schools in Scotland 2018 above the local authority average 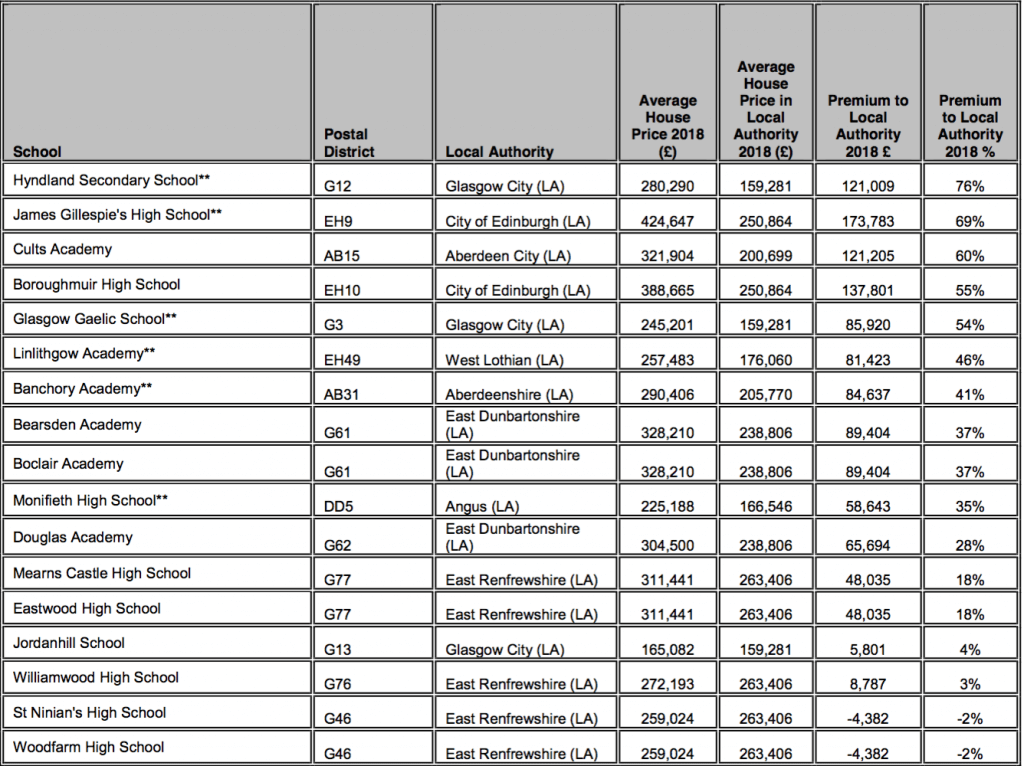