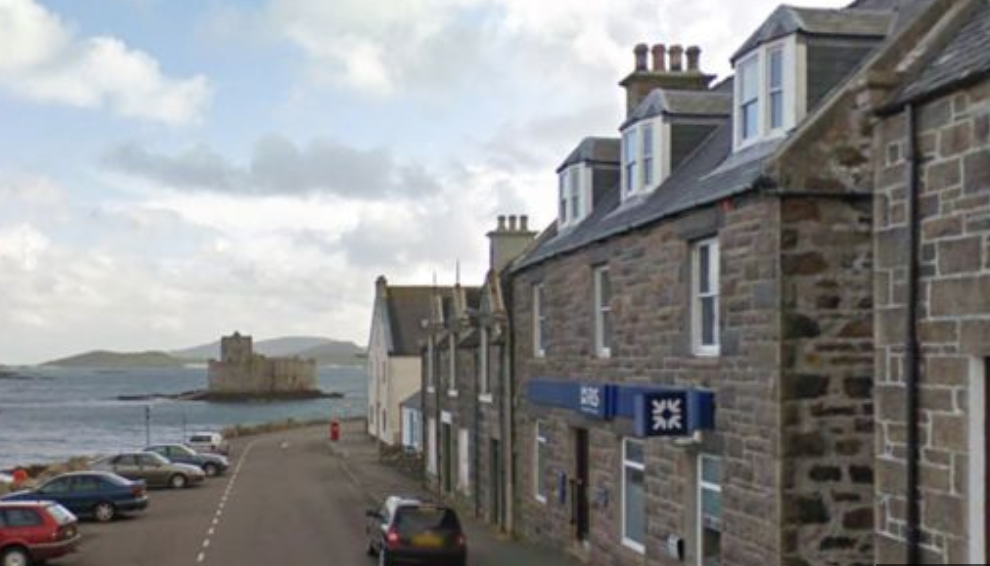 Royal Bank of Scotland will go ahead with the closure of eight of the ten branches whose future it agreed to review after public complaints.

Johnston Carmichael, the accountancy and business advisory firm, has confirmed that only branches in Biggar in South Lanarkshire and Castlebay on Barra will be saved among the rural outlets that it was asked to examine in June.

The ten branches reviewed by Johnston Carmichael were selected because they were almost all the last branch in town and more than nine miles from the nearest alternative RBS branch.

The review team received more than 1,000 representations and spoke to a significant number of branch customers, bank staff, elected representatives, and groups representing a range of interests including those customers with disabilities and considered most vulnerable.

Johnston Carmichael has suggested a number of important additional measures which could be taken by the ban to enhance the quality and accessibility of alternative banking facilities.

Sandy Manson, chief executive of Johnston Carmichael, said: “We understand there will be considerable disappointment in those communities where we have recommended that a branch should close.

“However, in most cases where we have recommended that a branch close, we have also suggested additional steps which we believe the bank should take to enhance the quality and accessibility of the alternative banking facilities available.

“After careful consideration, Castlebay on Barra and Biggar are two branches that we have recommended should remain open due to the number of different reasons as set out in our report.

“One of the most important factors we considered in our review was the suitability of accessible alternatives to the services currently provided by the local branch. Each branch had its own unique set of circumstances and this meant that we had to carefully and sensitively consider each branch on a case-by-case basis.” 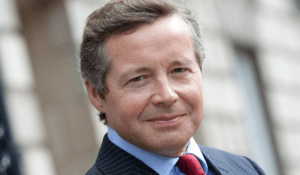 Mr Manson, pictured, added: “Our main focus throughout this review was to determine the likely impact of a particular branch closure on the local community affected. That is why we spent a great deal of time consulting a wide range of interested parties. In particular we wanted to understand the potential impact of a branch closure on the vulnerable groups in the community.

“We recognise the importance of local banking services being available to these communities, and we have therefore carefully set out our rationale for reaching each recommendation on a branch-by-branch basis.

“We work in many rural communities across Scotland so we are acutely aware of the importance of the issues at stake in this review. Our team has been thorough and diligent in reviewing the merits of keeping a branch open and the likely impact of closing a branch. We used a comprehensive set of criteria in our assessment of each branch before reaching our conclusions.

“We would like to express our gratitude to those communities we visited during our review and for the many constructive contributions we received as part of the process.”

Unite, the trade union, accused Johnston Carmichael of failing to properly consider the report by the Financial Conduct Authority, the finance sector regulator.

The union said the FCA had acknowledged that consumers in rural areas in the UK are far less likely to use their mobile phones for banking than customers in an urban environment.

In addition, a recent report by Which? has found Scotland has been the worst hit throughout the UK, by branch closures.

The union said alternatives such as mobile banking are “problematic for inconsistency of service and inaccessibility for more vulnerable customers. Businesses have also made it clear that they need access to local banking facilities in a timely manner.”

“However, the Johnston Carmichael review was entirely predictable and nothing but a rubber-stamp of RBS management decisions. Sixty communities out of an original sixty-two earmarked for closure will now be marginalised by this so-called review. Unite will now request to meet RBS urgently to discuss the impact from today’s announcement on our members.”

Unite will continue to press for a meeting with the Scottish Government Minister for Communities on the impact of the announcement.

Simon Watson, managing director of personal banking at Royal Bank of Scotland, said:  “Johnston Carmichael has judged that there are exceptional circumstances in Biggar and Barra and has recommended that these branches remain open – so they will. We also note the further recommendations for enhancements that can be made in six of the branch locations and can confirm we will be accepting these recommendations in full.

“The report highlights the difficult nature of branch closure decisions. We know branches are important to many communities, but equally we know that fewer and fewer people are using them as more people bank online.

“In every case of a branch closing we are committed to providing the best possible range of banking alternatives, including mobile branches, banking in the local post office, community bankers and remote services such as telephone banking.

“With today’s report, we are able to say for the first time with certainty that there will be no further reviews of our branch network in the immediate future – until at least 2020.”

RBS said it will continue to work with communities, customers, elected representatives and other stakeholders to ensure all customers understand the changes and the alternative ways to bank available to them.

Recommendations and RBS response for each branch: