Online and out of town levy ‘a bureaucratic burden’ 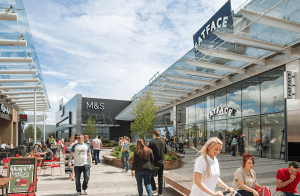 A Scottish Government proposal to give councils the power to increase business rates on out of town shopping centres and online retailers would be a bureaucratic burden, tax professionals have warned.

The Chartered Institute of Taxation (CIOT) was responding to a Scottish Government consultation on the implementation of the recommendations of last year’s Barclay Review of Business Rates.

Ministers have said that from 2020, a ‘small number’ of councils will pilot a new power enabling them to increase business rates on out of town and online retailers.

Already Scotland’s retailers have called on the government to scrap the plan. The Scottish Retail Consortium says the new tax would be an “unnecessary distraction”, adding a fresh element of unpredictability and complexity into the rates system.

In its response, the CIOT acknowledged that the scheme had the potential to make the business rates regime more responsive to local economic priorities.

However to be effective, the Institute added that each specific initiative should be subject to the approval of the Scottish Parliament.

This would include: laying regulations to determine the scope of each scheme; requirement to consult on each pilot scheme, including consideration of how the extra funds raised should be spent; and, once implemented, analysing their effectiveness in raising extra revenue and supporting local economic priorities.

The Institute welcomed the Scottish Government’s proposals to move to a three-year cycle of revaluations. It said that a firm commitment to more frequent revaluations would give businesses greater tax certainty while also ensuring that rates were more closely with the ability to pay.

Moira Kelly, chairman of the CIOT’s Scottish technical committee, said: “Giving councils the power to increase business rates for out of town and online businesses should, in theory, help the rates regime better reflect local priorities, but it is likely to be highly complex and a bureaucratic burden for already stretched local authorities.

“Moving to a three-year cycle of revaluations should better link the business rates regime with the ability to pay, although there will almost always be winners and losers from such a move.

“The Scottish Government must hold firm in its commitment to ensuring a regular cycle of revaluations – as politically unpalatable at that might sometimes be – to give ratepayers and the public confidence in the effectiveness of the system.”

The Scottish Government confirmed in its programme for government earlier this month that it will bring forward legislation during this parliamentary term to implement the remaining recommendations of the Barclay Review.