Musk steps down at Tesla as deal reached over tweets 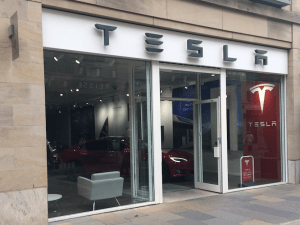 Elon Musk is to step down as chairman of the electric car company he created after reaching a settlement with the US regulator over tweets he posted about taking the firm private.

He will remain as chief executive of Tesla but will vacate the chairmanship for three years. He and Tesla will each pay a $20 million (£15m fine).

The move follows an announcement from the Securities and Exchange Commission (SEC) that it intended to sue Mr Musk for alleged securities fraud.

SEC chairman Jay Clayton said he supported the deal, and felt that it was in the best interests of US markets and investors, including the shareholders of Tesla.

“This matter reaffirms an important principle embodied in our disclosure-based federal securities laws,” he said.

“Specifically, when companies and corporate insiders make statements, they must act responsibly, including endeavouring to ensure the statements are not false or misleading and do not omit information a reasonable investor would consider important in making an investment decision.”

Musk is regarded as a global icon who has created an aura of technology superstar. His story was told in Elon Musk: Tesla, SpaceX, and the Quest for a Fantastic Future, by veteran technology journalist Ashlee Vance.

The book provided the first inside look into the extraordinary life and times of Silicon Valley’s most audacious entrepreneur.

Written with exclusive access to Musk, his family and friends, the book traces the entrepreneur’s journey from a rough upbringing in South Africa to the pinnacle of the global business world.