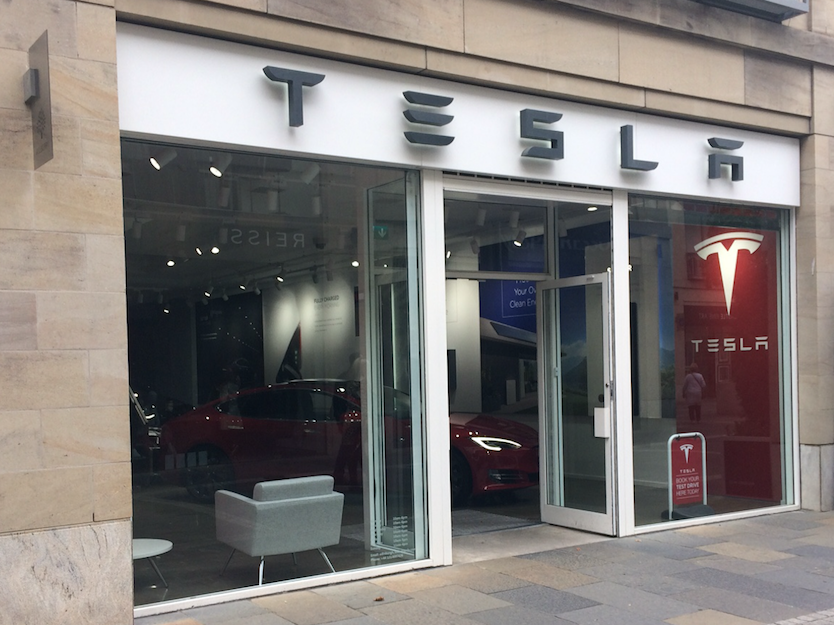 Tesla has a branch in Edinburgh

Shares in car manufacturer Tesla slumped in early US trade after the regulator issued a law suit against founder Elon Musk for alleged securities fraud.

Mr Musk faces action over Tweets he wrote claiming he had raised funds to take the company private.

US financial regulator the Securities and Exchange Commission claims Mr Musk’s claims were “false and misleading” and is seeking to bar him from acting as an officer or director of a publicly traded company.

The company’s shares opened 10% lower today as Wall Street investors had their first chance to react to the news.

Mr Musk called the action “unjustified” saying he acted in the “best interests of truth, transparency and investors”.

“Integrity is the most important value in my life and the facts will show I never compromised this in any way,” he said in a statement.

Musk, 47, is regarded as one of the world’s most inspiring business leaders and integral to the company which has a market value of more than $50 billion.

Mr Musk sparked panic last month when he used Twitter to announce that he may de-list the company from the stock exchange.

He said he had “funding secured” for the proposal, which would value Tesla at $420 per share. He later withdrew the plan.

The SEC said in a statement filed in a New York federal court that the statements “created the misleading impression that taking Tesla private was subject only to Mr Musk choosing to do so and a shareholder vote.

“In truth and in fact Musk had not even discussed, much less confirmed, key deal terms, including price, with any potential funding source.”

The Department of Justice, which has the authority to press criminal charges, has also questioned the company about Mr Musk’s tweets.