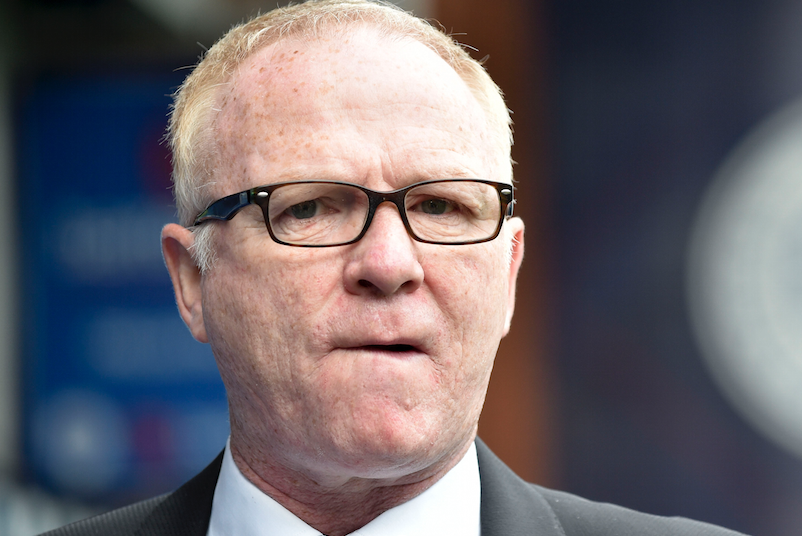 Alex McLeish is looking for a response from his Scotland players when they take on Albania at Hampden (pic: SNS Group)

We’re often told that results in friendlies don’t matter but the manner of Scotland’s defeat to Belgium was hardly the ideal preparation for the UEFA Nations League opener against Albania.

Few would have expected the Scots to beat the team which finished third in the World Cup in Russia but the 4-0 defeat was the Scots’ heaviest loss at home for 45 years.

Confidence will have taken a jolt with more questions being raised than answers obtained.

However, this evening’s visit of the Albanians just three days after the Hampden horror show gives Alex McLeish and his players an immediate opportunity to make amends.

A good win to kick-off their group, which also includes Israel who lost to Albania on Friday, and all will be forgiven by the Tartan Army, who have seen just one win for McLeish in five friendly matches since his appointment.

As he looked ahead to his first competitive match in charge, the Scots boss said: “We’re ready to go again. This is it for real now.

“I’m not saying everyone is against us, but the players know that, to get their names on the international map again, they have to win these types of games.

“We need to change it from ‘ach, they’ll no do it’ to ‘great team we’ve got, exciting times ahead’.

“We feel pretty good about ourselves, but it’s time to stop the talking.

“Albania got to the Euros, which is something we haven’t done. So there is nobody who can disrespect them.

“The biggest way we can show our respect to Albania is to play at our top level and swarm all over them.”

A crowd of around 20,000 is expected to be dotted around Hampden Park for the meeting with the team ranked 58th in the world, 18 places higher than their hosts.

Allan McGregor is set to take over the goalkeeping duties from Craig Gordon, while Celtic striker Leigh Griffiths has shaken off the ankle problem which forced his removal from the Belgium clash at half-time.