Row may head to court 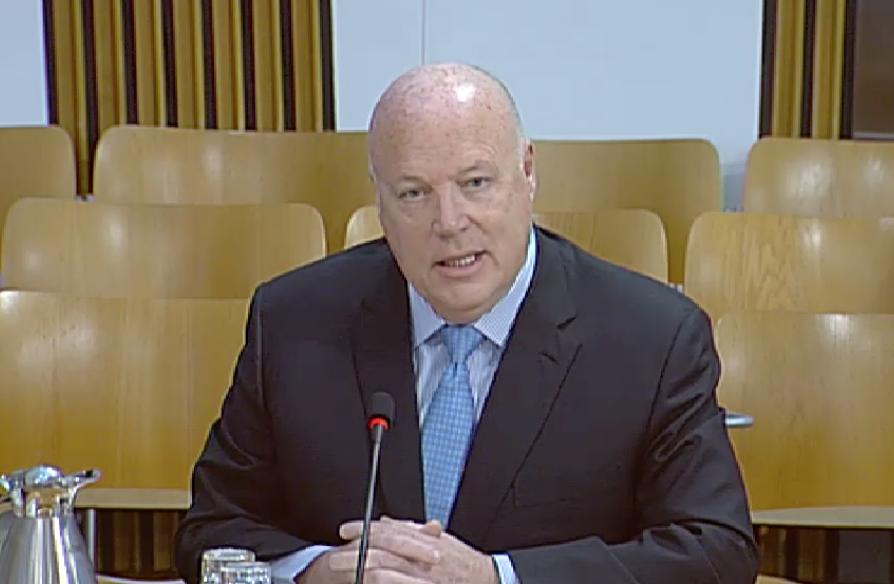 Billionaire Jim McColl, an adviser to the First Minister Nicola Sturgeon, is threatening legal action against one of the Scottish government’s agencies in a dispute over a £45m taxpayer loan to his shipyard on the Clyde.

The owner of Ferguson Marine has told a Sunday newspaper he is preparing to take state-owned procurement vehicle Caledonian Maritime Assets Ltd (CMAL) to court over the issue.

It is the latest twist in a row over his yard’s £97m contract to build two hi-tech ferries for state-backed ferry operator Caledonian MacBrayne.

Concerns were raised after Mr McColl, a Monaco resident and member of the first minister’s council of economic advisers, received two loans, the first for £15m in September 2017 and a subsequent loan of £30m in June this year. The initial loan has only just come to light.

Questions have been asked about why the two loans were needed when the firm has also received almost £100m from publicly funded Calmac to build two ferries.

Scottish Conservatives have accused Finance Secretary Derek Mackay of dodging questions on the issue in parliament.

Mr Mackay insisted he was limited in what he could say because of “commercial confidentiality” and asked why the Scottish Conservatives were challenging the government for supporting Scottish shipbuilding.

Last month Mr McColl confirmed the money was needed to finish the ferry contract. “We have incurred significantly higher costs in the work we’ve had to do on these ferries, and we’ve been engaging with CMAL to discuss these costs,” he said.

“We’ve been frustrated in these discussions. We’ve been discussing it for over a year, and…it’s been using a lot of our capital. We’ve been funding it solely.”

He added: “Our view is that these have been genuine changes that have had to be made to the work we’ve been doing, and they’re changes that ought to be incurred by the buyer.

“I believe that perhaps more design development work could have been done prior to the invitation to tender going out, rather than dealing with multiple things that are arising as we got into the build process. But we’re working diligently through that.”

Today he again said CMAL should be funding the additional work it requested, adding: “When we are paid we will pay back the loans to the Scottish Government.”

He said £25m has been invested in Ferguson “but the albatross we have right now is these two contracts with CMAL.”

The work had progressed at a slower process than planned because the ships were prototypes and CMAL’s attitude had “put the business under pressure”. He said that accepting the government loan meant the construction work could continue without disruption.

CMAL insisted Ferguson had been given “full and prior knowledge of the specification when the contract was awarded” and disagreed that there had been significant changes.

The yard was acquired by Mr McColl after it went into administration in 2014. It is now owned by Clyde Blowers Capital, Mr McColl’s industrial investment company.

The following year the yard was awarded the ferry contract, securing the jobs of 150 people.

Separately,  a cross party campaign has begun to demand action to help save former ship repair sites on the Clyde for industrial development.

A letter to First Minister Nicola Sturgeon says the Inchgreen dry dock in Greenock and Govan Graving Docks have needlessly been allowed to decay.

The STUC along with 23 MPs and MSPs from the SNP, Labour and the Greens have endorsed a joint letter to the first minister from the Campaign to Save Inchgreen Dry Dock and the Clyde Docks Preservation Initiative.

The Inchgreen dock, one of the largest in the UK, is where the QE2 was fitted out in the 1960s after its launch from the John Brown shipyard.