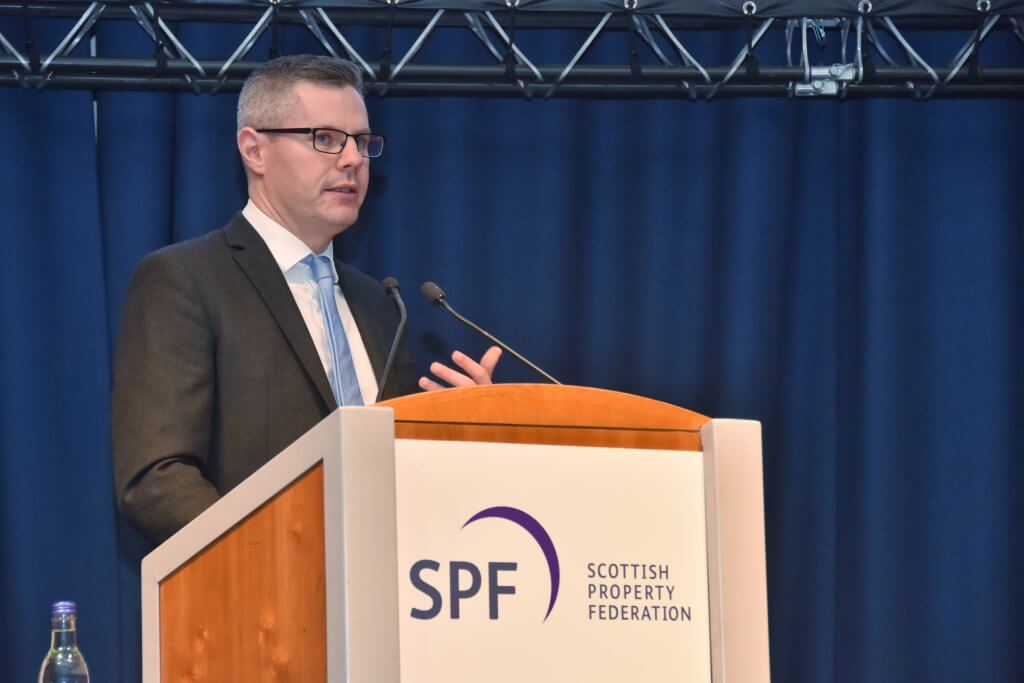 Scottish Finance Secretary Derek Mackay is likely to miss his target for raising tax from property after new figures reveal that income from residential sales has slumped in the first four months of the fiscal year.

Analysis of the latest Land and Buildings Transaction Tax (LBTT) figures from Revenue Scotland shows that revenues from residential sales were down £1.8m (2%) against revenues for the same period last year.

The Scottish Property Federation says that if this trend continues it will be increasingly difficult for the Scottish Government to achieve its revenue forecast for residential LBTT of £305m in 2018/19. This forecast was set out in the last Scottish Budget and relies on a 17% (£45m) increase in residential revenue compared to 2017/18.

The data points to much of this fall being caused by less LBTT flowing from the £325,000+ section of the property market, which typically makes up around 70% of all residential LBTT revenue.

By contrast, tax paid by home buyers of properties below £325,000 marginally increased, while nearly half of all house sales (46%) in the tax year-to-date were below the Scottish Government’s £145,000 threshold, meaning that no LBTT was payable.

The bands and rates for residential LBTT are structured in such a way that most of the revenue generated from the tax is dependent on a relatively small number of high value transactions.

Just under 60% of LBTT was paid by transactions worth between £325,000-£750,000, despite properties sold in this price range accounting for just 9% of the total number of transactions in April to July 2018.

David Melhuish, director of the Scottish Property Federation, said: “There is notable pressure on the £325,000+ section of the property market, according to the figures for this tax year so far – yet the government’s LBTT targets are heavily dependent on the success of this market segment.

“For the moment, increased revenues from the commercial property and the Additional Dwelling Supplement (ADS) elements of LBTT are making up most of the shortfall, but the key sector to watch is happening with higher value sections of the residential market.

He added: “SPF members have consistently argued that the 10% LBTT threshold should be £500,000 and not the current £325,000, as the present threshold is seen to be negatively impacting the market.

“If figures for the next few months do not show a significant uplift, this may be something to put back on the agenda.”