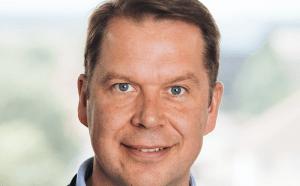 Tax advice company Jumpstart has expanded its UK footprint with the opening of an office in Manchester.

The new premises will serve its growing list of clients across the North West of England where Jumpstart has been operating since 2008.

It has a team of three business development managers servicing the area, with current clients including Leven Consultants in Manchester, Merseyside-based Beverston Engineering, Moorhouse’s Brewery in Burnley and UK Insulations in Blackburn.

Jumpstart has also developed close links with a number of business groups across the region including Digital Lancashire. The firm has announced a new sponsorship deal with the organisation which supports entrepreneurs and digital companies throughout the county.

With its headquarters in Edinburgh Jumpstart also operates an office in Birmingham servicing clients across the Midlands.

Managing director Scott Henderson said: “The investment in the new Manchester office underlines our commitment to further grow our business across the North West of England. The area is rich in technology and manufacturing companies.

“In the 10 years we’ve been operating in the region we have built our team, established a close relationship within the local business community and helped innovative companies.”