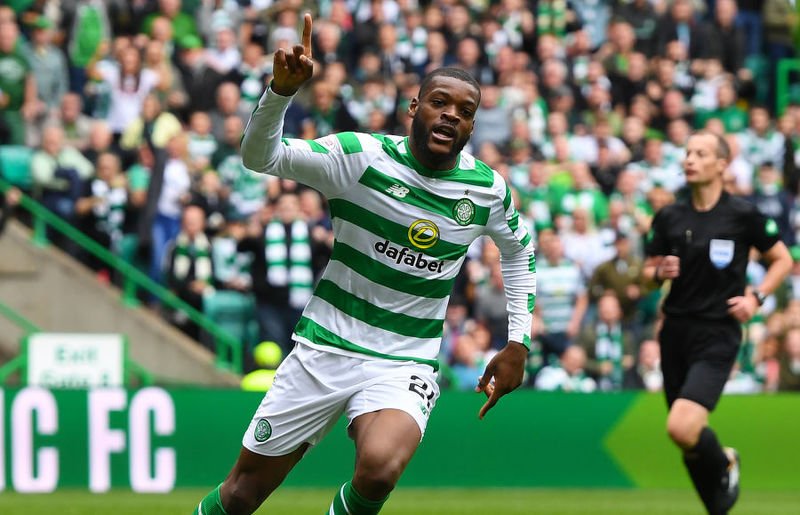 Olivier Ntcham finished off a superb flowing move to score the winner for Celtic against Rangers (pic: SNS Group)

Celtic inflicted a first defeat on Steven Gerrard’s Rangers side with another dominant display against their Old Firm rivals.

Olivier Ntcham’s second-half goal at Parkhead was all that separated the teams but the margin of victory could easily have been much greater, the Hoops hitting the woodwork four times.

The home side were in complete control of proceedings, producing their best performance of the season to go 12 games unbeaten against Rangers under Brendan Rodgers.

Much was expected of Rangers after their impressive start under Gerrard but they had to rely once again on resolute defending to keep the champions in their sights.

The long trip back from Russia on Thursday night after qualifying for the Europa League group stages tested the Light Blues’ powers of recovery and they found Celtic’s pace and energy difficult to handle.

This was arguably Rangers’ biggest test of the season to date and they had Allan McGregor to thank for keeping the score respectable.

The Scotland keeper produced a string of quality saves to keep his side in the match, the pick of the bunch a stunning one-handed save low down to turn a drive from Ntcham onto the bar in the second half.

McGregor, though, was fortunate to still be on the park after lashing out at Kristoffer Ajer early in the first half, referee Willie Collum and his official missing the incident.

Gerrard was adamant that Ryan Jack had been fouled in the build-up to the winning goal, although Collum adjudged the midfielder to have slipped under pressure from Tom Rogic.

“It’s definitely a foul. I have been in the game a very long time and that is definitely a foul in my book,” said the Rangers boss. “The fourth official was shouting down the mic ‘foul, foul, foul’ but the referee has ignored the information.

“We kept the ball better in the second and made it a contest.

“If we had lost the game with a moment of class or a piece of brilliance from Celtic I’d hold my hand up. But the referee has cost us for sure.”

Rodgers commented: “The scoreline makes it look tight but I thought we dominated the game. Allan McGregor made some outstanding saves.”

Celtic captain Scott Brown said: “Performance-wise it was exceptional. We dictated from start to finish. They came to Celtic Park and we showed them who was boss for 90 minutes.”

Elsewhere in the Scottish Premiership, Hearts continued their impressive start to the season with a fourth straight victory against St Mirren at Tynecastle.

With manager Craig Levein convalescing at home following his heart scare, assistant Austin MacPhee took charge for the 4-1 win over the Buddies.

Steven Naismith helped himself to a first-half hat-trick, while Olly Lee also netted in the opening 45 minutes as the Jambos maintained their 100 per cent league record.

City neighbours Hibs were on the end of a surprise defeat at Livingston despite opening the scoring in West Lothian.

Scott Pittman grabbed the winner for the home side 20 minutes from time after Shaun Byrne had cancelled out Daryl Horgan’s 52nd-minute effort.

Kilmarnock made the trip to Aberdeen and came away with all three points with a goal in each half from Eamonn Brophy and new arrival Greg Stewart.

The Dons had to play the majority of the game with 10 men after Michael Devlin’s fifth-minute red card.

Struggling Dundee managed their first goal of the campaign from Benjamin Kaellman against Motherwell at Dens Park but it didn’t prevent them slipping to a fourth successive loss, Danny Johnson, Gael Bigirimana and Allan Campbell all finding the net for the Steelmen. 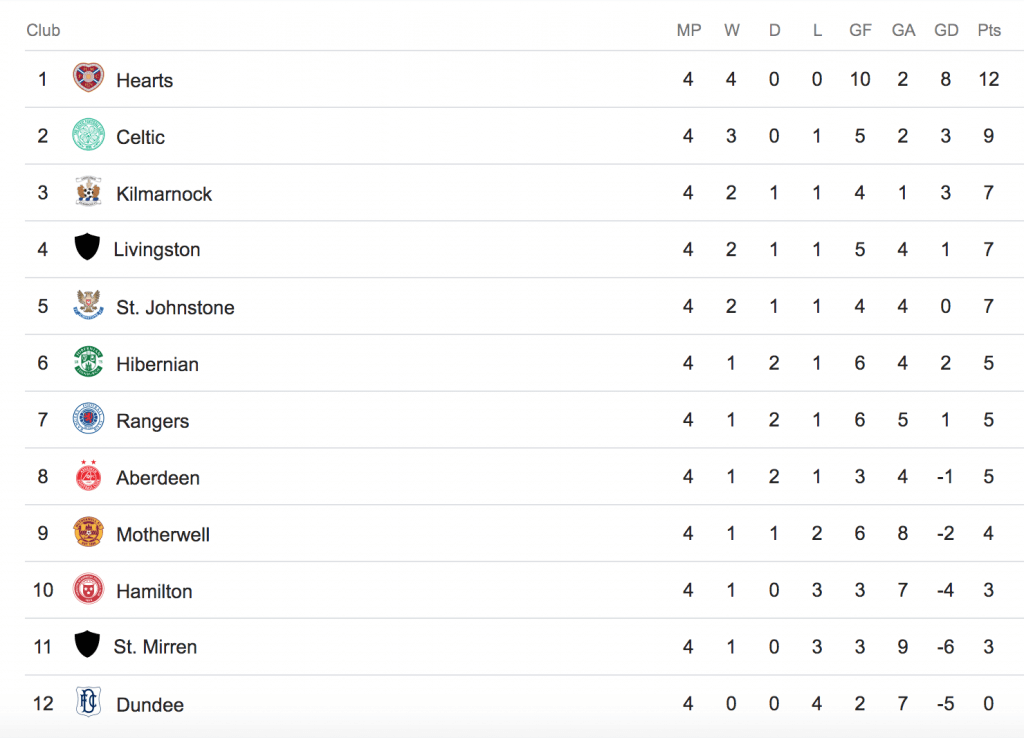