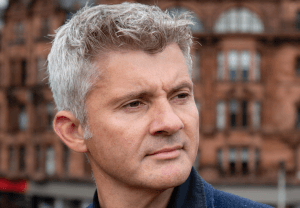 Scottish PR and marketing agencies have unveiled a number of hires and contract gains.

The Big Partnership has appointed Steven Hill to the new role of creative director.

Mr Hill has developed strategies for top brands including Kraft Heinz, Highland Spring, Tennent’s, the Famous Grouse and Royal Bank of Scotland. He has also led public sector creative campaigns for the NHS and Scottish Government.

He will work across the agency’s offices in Aberdeen, Dundee, Dunfermline, Edinburgh, Glasgow and Manchester which work with 300 brands.

He previously spent eight years as creative director at London and Edinburgh agency Multiply and was also design director at The Gate. He joins the agency at a time of significant growth after Big reported a record increase in turnover of £1.4 million to £8.8m.

Beattie has announced a number of appointments over the summer in its offices in Falkirk, Glasgow, Leeds, London, Manchester and Canada.

Laurna Woods, CEO, said: “By the end of the year, we will have recruited 20 people into the agency over a six-month spell.

“Our recruitment drive has been spurred by a series of new business wins and additional projects from existing clients.”