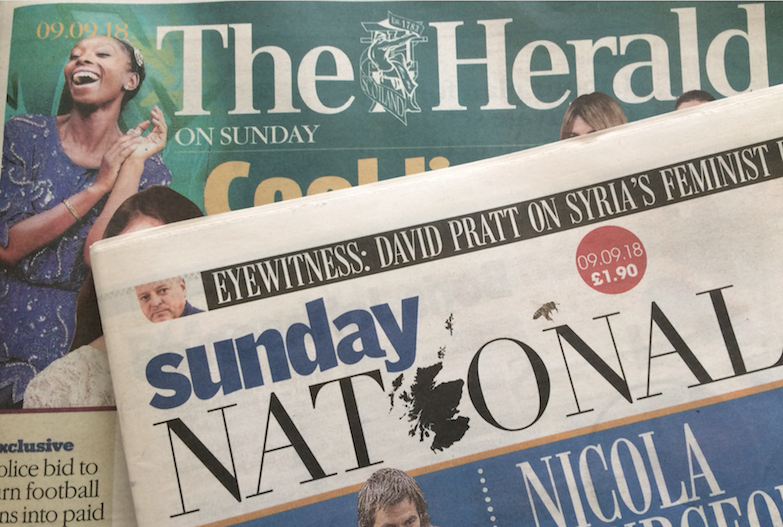 The Herald and Evening Times in Glasgow have slumped to a £7 million pre-tax loss over the last 12 months compared to a £4.8m pre-tax profit in the previous year.

The figures were made available just a fortnight after the Glasgow-based company shut the Sunday Herald and launched two Sunday versions of its daily titles.

The company is a subsidiary of Newsquest group, which is owned by the US Gannett group.

The accounts will be the last to be published as the company has been wound up and its assets transferred to the UK company, Newsquest Media Group.

During last year, the Audit Bureau of Circulation reported that the average daily sale of The Herald was down 10% to 25,900, while the figure for the Sunday Herald was 18,400, down 13%.

The Press Association plans to rebrand to reflect its evolution into a “modern, dynamic” business alongside its move into new London headquarters next year.

A PA spokesman said the move provides an opportune time to update PA’s branding to reflect the “modern, dynamic business that we are.”

PA has been based at its Victoria headquarters since 1995 after moving from Fleet Street.

DC Thomson Media, the Dundee-based publisher of The Courier, P&J and Beano, has bought a publisher of 35 magazine titles which puts it within the top five consumer magazine publishers in the UK with around 70 magazines.

Its acquisition of Aceville Publications, a Colchester-based company adds titles specialising in craft, gardening, health and food, such as Health & Wellbeing, Let’s Knit, Veggie, and Sew.