Greenlees steps up as Causeway chairman 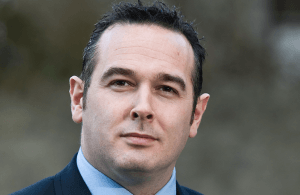 Ireland & Scotland focused business networking organisation Causeway has appointed David Greenlees as chairman as it prepares for its Northern Ireland launch in November.

Mr Greenlees, a director at Causeway, will succeed Colm Moloney who has held the position since its launch in 2016.

His background is in sales leadership, and he has been growing technology businesses in Scotland for more than 20 years, working mainly within the software and consultancy sectors.

Causeway is a not-for-profit organisation which hosts membership events throughout the year, including awards ceremonies and talks from invited guests focusing on a wide variety of issues that may affect business leaders both in Ireland and Scotland. The organisation is supported by both Irish and Scottish Governments.

Mr Greenlees said: “This is an exciting time to be taking over the helm as we continue to grow our membership base both in Scotland and Ireland and prepare for November’s launch in Northern Ireland.

“The organisation has achieved significant success under Colm’s leadership and I look forward to continuing his great work.”