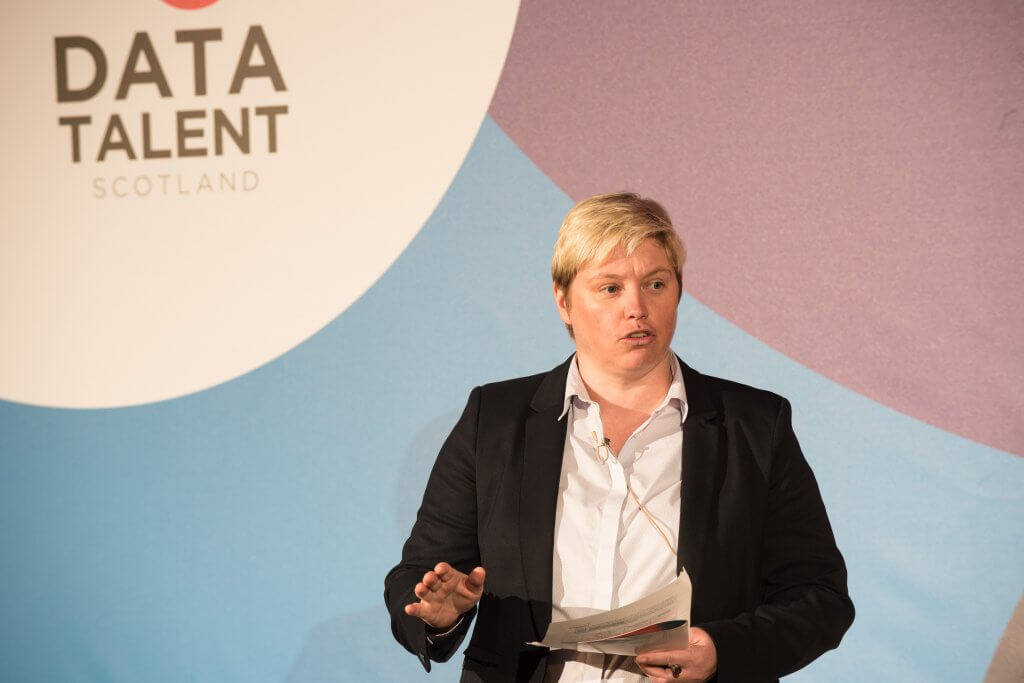 Gillian Docherty:  proud of the impact The Data Lab has had on Scottish business

A data innovation centre, which helps Scottish industry capitalise on a growing market opportunity in data science and artificial intelligence, has secured up to £13.5m from the Scottish Government

Since its launch in 2014, The Data Lab has drawn on an initial £11.5m package from the Scottish Funding Council to attract and develop data talent in Scotland.

It has created and run educational programmes and events, and provided backing to Scottish innovation projects.

The new funding was confirmed by Science and Education Minister, Richard Lochhead ahead of an address to the DataFest19 launch event in Edinburgh.

Mr Lochhead said: “This investment builds on the £100 million already invested in Scotland’s eight innovation centres, including The Data Lab, which are having a transformational effect on our economy.

“Scottish universities excel in data science. Together with the country’s rich data resources and advanced infrastructure, this provides the ideal environment for the Data Lab to thrive, benefiting industry, the third sector and public services.

“I am pleased to confirm that the Scottish Government, through the Scottish Funding Council and our Enterprise agencies, is able to invest up to £13.5 million to support the Data Lab in its next phase, which will contribute to exploiting the estimated £20 billion data opportunity for Scotland’s economy by 2020.”

To date, The Data Lab has provided approximately £2.4m to 66 projects, with the projects’ total value reaching £6.3m. The new funding will ensure The Data Lab continues supporting businesses across Scotland, with an expected investment of £18.9m towards over 100 new data driven innovation projects.

In March this year, Scotland hosted DataFest18, a week-long festival of data innovation, bringing to life the collaboration overseen by The Data Lab and its engagement with the data community. The festival reached more than 3,000 individuals across 50 events.

DataFest19, which aims to further enhance Scotland’s data reputation worldwide, has also been launched today at the event.

The event has been extended to run over a two-week period next March and will include the already successful Data Summit and Data Talent Scotland, and introduce a new technical event, DataTech.

The longer festival will also allow for larger engagement from local organisations looking to run their own Fringe events across Scotland as part of DataFest19.

Gillian Docherty, CEO of The Data Lab, said: “We’re proud of the impact The Data Lab has had on Scottish business and innovation communities over the last four years and are pleased to receive further backing from the Scottish Government.

“The continuation of our work will help develop a strong data science community and accelerate Scotland’s economic growth.

“The Data Lab has built a vibrant, supportive and effective data community across Scotland. The success we’ve had means we’re in a great position to continue to collaborate with the Scottish and international community on Data Science and Artificial Intelligence innovation during Phase 2.”