New CFO and board member

Goulding hands over to McDonald at Beeks 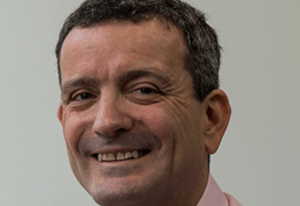 Beeks Financial Cloud Group, the Renfrewshire-based connectivity provider for financial markets, has announced that CFO Simon Goulding (pictured) will leave the company at the company’s annual general meeting on 24 October.

He will be succeeded by Fraser McDonald, current group financial controller, who will also join the board.

Mr McDonald joined Beeks in April 2016 as a consultant and was appointed as group financial controller in April last year. He was a key member of the team who prepared the company for admission to AIM in November 2017.

Previously a consultant to the company, Mr Goulding became full time CFO in December 2015 with a remit to manage the company’s IPO process. He leaves Beeks on a sound financial footing and will remain with the company until 31 December to ensure an orderly handover. The company is in the process of appointing a group financial controller.

Mark Cubitt, chairman of Beeks, said: “Fraser contributed greatly to the success of the company’s IPO last year and we have been delighted with his contribution to the business since Beeks joined AIM.

“We are very pleased to welcome him to the board of the company. We would like to thank Simon for his leadership of the finance team over the last few years and we are benefitting from the robust structures he has put in place. We wish him all the best for his future endeavours.”