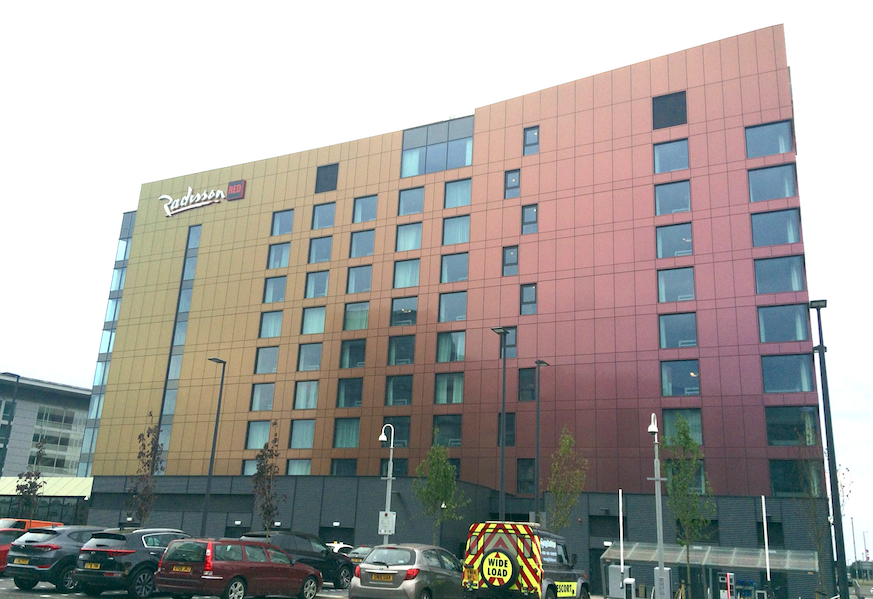 Radisson Red, one of the new hotels in Glasgow

Glasgow’s hotels sector is growing faster than in any other city in the UK as the city capitalises on its popularity for conference and sporting events.

The average cost for an overnight stay in Scotland’s largest city climbed 7.5% in the first half of 2018 with occupancy rates increasing to 79.1%.

PwC’s latest Hotels Forecast report shows that the average daily rate (ADR) in Glasgow climbed to £73.41 from £68.31, while the key revenue per available room (RevPAR) benchmark rose 8.2% to £58.08 – eight times the pace of growth in the UK overall.

Both the occupancy rate and revenue generated per available room in Edinburgh have fallen, though it remains the most expensive city outside London for an overnight stay.

Liz Hall head of hospitality and leisure research at PwC, said: “Glasgow’s reinvention as a modern city with international appeal for both tourists and businesses continues, with the city’s hotels showing an impressive performance, driven by the 7.5% increase in average daily rate as more four-star hotels open.

“The performance of Glasgow’s hotels sector highlights the extent to which the city is now seen as a major tourist attraction with the number of international visitors increasing by a fifth to 787,000 in 2017.”

“In Edinburgh, RevPAR remains the second highest of all UK cities, but this and occupancy rate have slipped probably as a result of new room supply and also competition from the home share market  and serviced apartments.

“With more than two million visitors in 2017 and record numbers attending the Fringe and International Festival, there is little room for occupancy rates to go much higher in the city, and with ADR increasing, albeit moderately, Edinburgh remains well-placed”.

In the first half of 2018 there was almost £400 million investment in hotels in Scotland, more than doubling the 2017 total in six months. The largest deal was the £85m sale of the Caledonian Hotel to Abu Dhabi-based Twenty14 Holdings.

And there is no sign of a slowdown in the number of new hotels opening. In Edinburgh, new openings include the Courtyard Edinburgh while many major names such as The Balmoral, have seen increased investment. At the more novel end of the scale, a floating hotel named The Fingal is set to open in the autumn.

In Glasgow, new openings by Radisson Red, Motel One, Ibis Style and Marriot’s Moxy Hotel on High Street have increased available rooms, while in both the International Financial Services District and nearby the Scottish Exhibition Centre, further developments are under way.

In Aberdeen, the opening of the Sandman Signature Aberdeen Hotel in in the former Robert Gordon University St Andrews Street campus indicates the increased confidence in the city.

PwC’s forecasts hotel trading growth overall to flatten in the year ahead due to economic uncertainty, weak business travel demand and an influx of new rooms scheduled to open across the country.

Outlook for deals in the UK hotel sector

Sam Ward, UK hotels leader at PwC, said: “We anticipate a slowdown in portfolio deal activity in 2019 due to a combination of longer term investors entering the UK hotel market, US fund hotel portfolio owners taking advantage of the favourable low-cost debt terms currently available and uncertainty around leaving the European Union in March.”