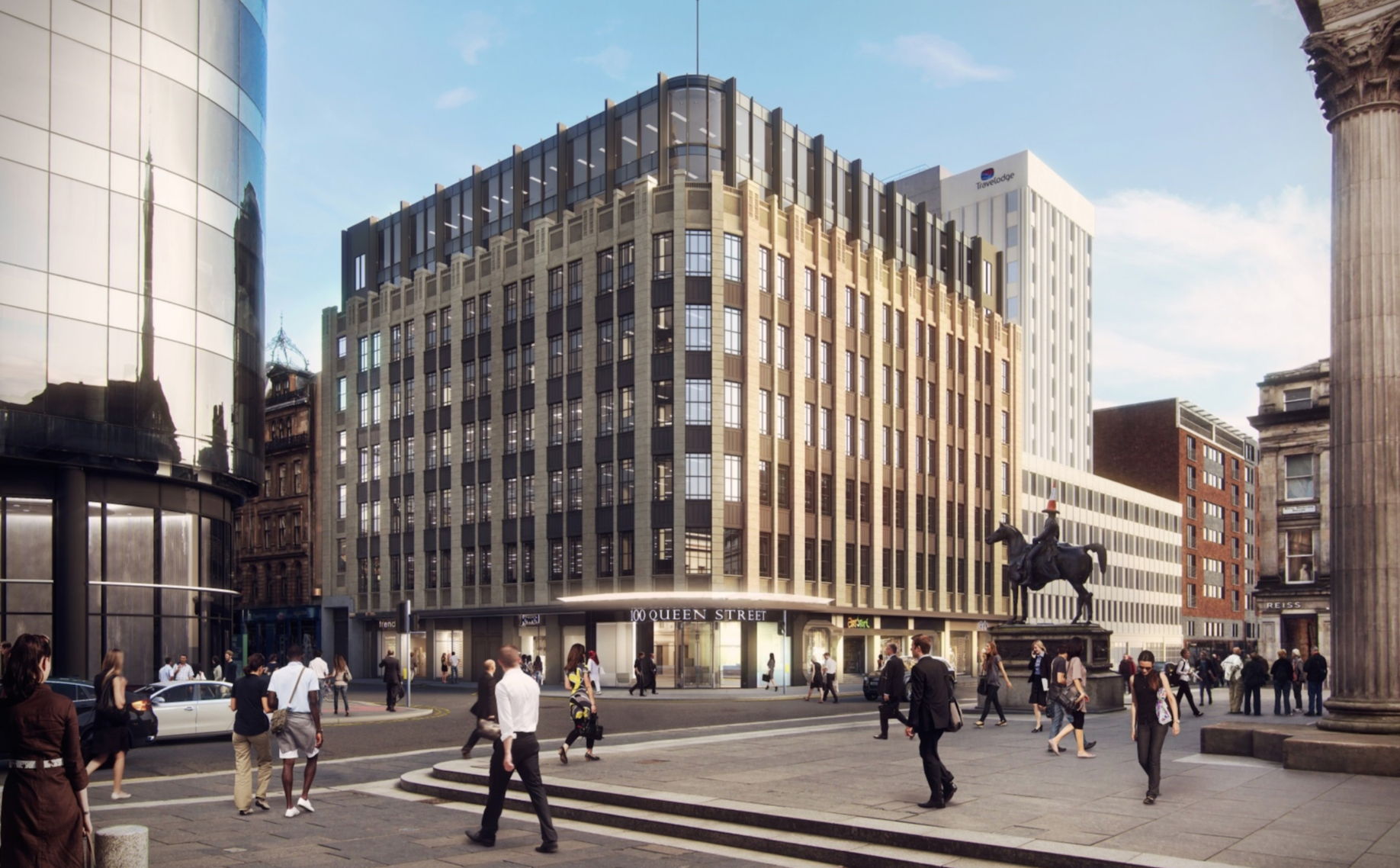 100 Queen Street is among the offices attracting investors to Glasgow

Investment into Scotland’s commercial real estate in 2018 is expected to top last year’s total of £2 billion.

Investment volumes of £1.74 billion have already ben transacted, and £265 million is currently under offer. Volumes are 90% ahead of the same point in 2017, suggesting the year will be one of the strongest recorded in terms of investment volumes in the last decade.

The data from Savills indicates that the office sector has taken the lion’s share of activity with £746 million transacted year to date (YTD).

In previous years the majority of office investment has occurred in Edinburgh but this year more than 50% of the total volume has been transacted in Glasgow with £382 million invested across 16 deals, up from £134 million at this point in 2017.

Stuart Orr, director in the investment team at Savills in Glasgow, comments: “Having lived in the shadow of Edinburgh for many years, research suggests that perhaps we’re seeing the beginning of Glasgow’s resurgence, in particular amongst UK investors who account for 60% of the office deals in Glasgow, by volume, to date.

“Their confidence to invest is the consequence of four factors: a positive supply and demand ratio; that Glasgow has one of the lowest rental levels of the Big Six regional cities implying room for growth; rising headline rents and reducing incentives are now evident; and most influentially, at the current prime yield of 5.25% – only 25 bases points keener than last year – Glasgow offers an attractive discount to Edinburgh, Manchester and Birmingham.”

In other sectors the figures show £400m has been invested in Scotland’s retail warehousing sector in 2018, up from £60m last year.

There have been only four high street retail deals across Scotland in 2018, totalling less than £57 million, of which three have been on Buchanan Street, Glasgow. Growing appetite for alternative assets has seen £300m traded, says Savills, including the Waldorf Astoria and Jury’s Inn both in Edinburgh.

The firm says enthusiasm for Scotland’s industrial assets remains strong, yet while over £230m of deals have completed across 25 transactions, volumes are hampered by a lack of stock on the market. A lack of supply sees yields continue to harden, now standing at 5.75%.

Lothbury Investment Management, on behalf of Lothbury Property Trust, has sold 78-90 Buchanan Street and 9-17 Exchange Place, Glasgow for £31 million. The purchaser is Pontegadea.

The building is currently fully occupied and let to Vodafone, Lush and Starbucks on the ground floor. The first, second and third floors, comprising 16,644 sq ft of Grade A office space, are occupied by Building Design Partnerships, BNP Paribas Real Estate and Drum Property Group.

It produces annual rental income of £1.3m and the sale represents an initial yield of 3.99%. 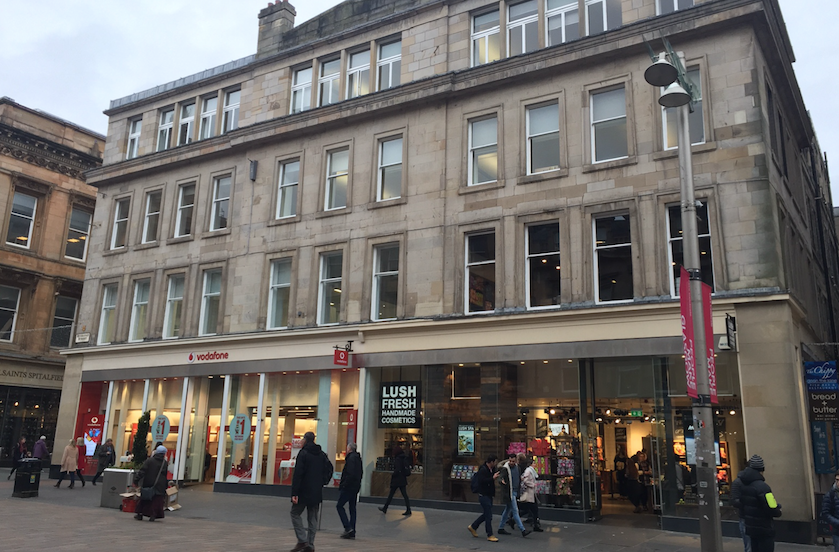 Mike Toft, senior fund manager and executive director of Lothbury Investment Management, said: “Buchanan Street has been one of Lothbury Property Trust’s top performing assets since we purchased it in 2013.

“Rental growth has remained good despite the downturn in retail, with rents rising from £260 to £320 per sq ft ITZA in just three years.

“However, with the challenges now facing the retail sector, this was a good opportunity to sell and reinvest in other areas, particularly the industrial and alternative sectors.

“The disposal is in line with our strategy of selectively reducing the fund’s exposure to high street retail.”