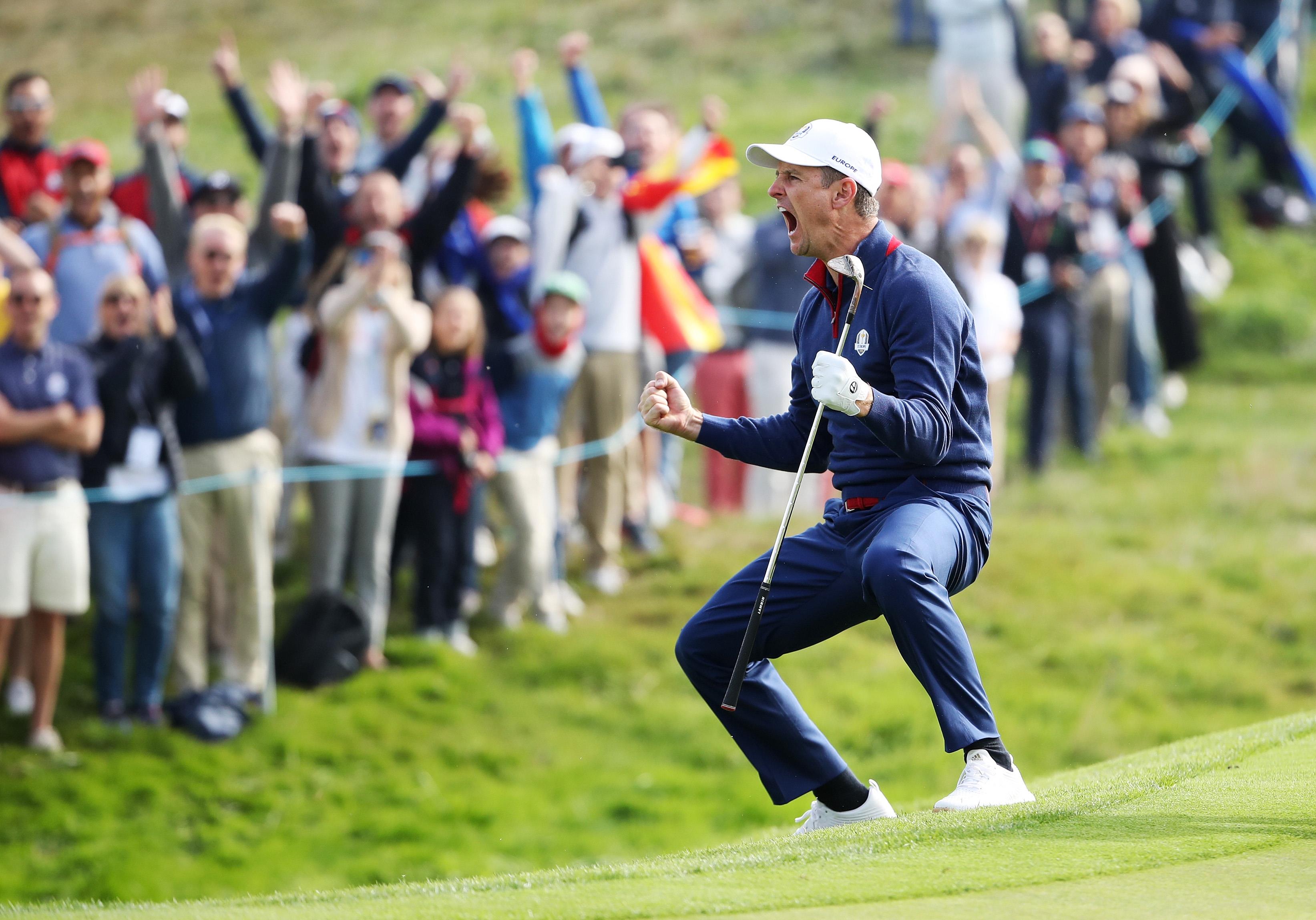 Momentum is with Europe going into the second day of the Ryder Cup after they rallied from a 3-1 deficit to claim a clean sweep for the first time ever in a foursomes session to lead 5-3 at Le Golf National in Paris.

An incredible fightback, led by Ryder Cup veterans Justin Rose and Henrik Stenson, saw Europe sweep a session for the first time since 1989, a rare feat that they have achieved just twice, both times in fourball sessions.

During this morning’s fourballs, the United States won the first three matches of the day as Brooks Koepka and Tony Finau beat Justin Rose and John Rahm 1 Up, Dustin Johnson and Rickie Fowler defeated Rory McIlroy and Thorbjørn Olesen 4&2, while Jordan Spieth and Justin Thomas overcame Paul Casey and Tyrrell Hatton 1 Up.

The shining light for captain Thomas Bjørn’s European side was the performance of Open champion Francesco Molinari and 2017 Race to Dubai winner Tommy Fleetwood. The pair defeated Patrick Reed and Tiger Woods 3&1, avoiding the possibility of a whitewash in the first session as seen at Hazeltine in 2016.

Bjørn made the decision to send out the experienced pair of Rose and Stenson first in the afternoon foursomes session, in what would be their seventh match together, against Johnson and Fowler. They won Europe’s second point of the day as they defeated the Americans 3&2.

Molinari and Fleetwood, returning to action for the afternoon session, defeated Thomas and Spieth 5&4, with Fleetwood becoming the first European Rookie since Garcia in 1999 to win both their games on the first day of a Ryder Cup.

Bjørn said: “It was a bit of a roller-coaster ride, to be honest. We got those crowds behind us. We got them going.  They started believing, and then they went through the whole golf course, and then it seemed like nothing could go wrong.

“That was kind of the feeling that you got through the day and through the afternoon, and we hold putts; the Americans missed putts, and that’s kind of where it all went this afternoon.”

“You know, you’ve got to look at it, we played for eight points so far out of 28. The event’s still pretty young.

“We have to shore things up, and I’m guessing we’ll switch things up in the afternoon tomorrow. We’ve already been thinking about that.”