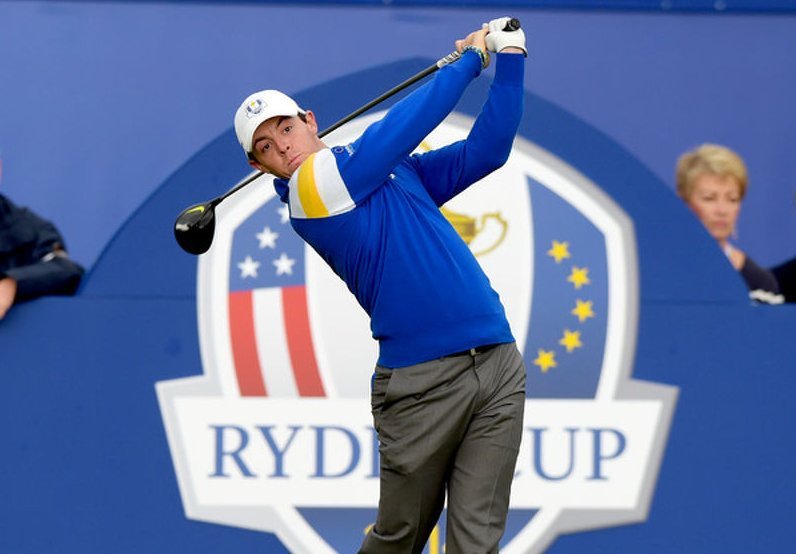 Europe will be hoping to enjoy the comforts of home once again as their proud Ryder Cup record goes on the line in Paris.

You have to go back to The Belfry in 1993 to find the last occasion the USA won on foreign soil, Tom Watson’s team edging out Bernard Gallacher’s side 15-13.

The Europeans have since dominated the competition in front of their own supporters and talisman Rory McIlroy believes the set-up of the Le Golf National gives captain Thomas Bjorn every chance of regaining the trophy won by the Americans at Hazeltine two years ago.

“You get punished if you hit it off-line here,” said the four-times Major winner ahead of Friday’s opening day.

“I feel like at Hazeltine, the punishment wasn’t high enough if you hit it off-line and I guess that played into some of the American players’ hands because they have guys that just hit it so long.

“I think for the bulk of the European team, they would welcome a set-up more of this style.

“I’m not saying the American guys can’t hit the fairways, they are all some of the best players in the world, but I think just looking at it, it would seem the style of golf course is more familiar to us than something like we saw at Hazeltine last time.”

This is the first time the Ryder Cup has been staged on the Continent since Valderrama in 1997 and McIlroy added: “I think that the strength of Europe has been we all get behind one another and even whatever differences we may have, we put them to the side for this week, and we’re a cohesive unit, and that’s the way we try to be.

“Europe has had a pretty good run. Obviously there’s been a couple losses in there, as well, which is to be expected. You’re playing, you know, the best players, not just in America, but they are most of the best players in the world.”

Spaniard Jon Rahm, who was paired with McIlroy for the first two days of practice, said it will take some careful course management to navigate the par-71 track successfully.

“It’s not long,” he said. “It’s not go to the tee and hit driver as hard as you can. It actually makes you think. It’s very difficult, and you pretty much need to hit every golf shot there is, but it’s fair if you’re smart enough.”

Tiger Woods’ Ryder Cup record does not match his status as one of the greatest golfers to ever swing a club.

He has just a solitary victory – at Brookline in 1999 – in seven appearances, his points haul a disappointing 14½ from 33 matches.

Woods completed a remarkable recovery from a serious back injury to win his first tournament for five years in the Tour Championship on Sunday, the win catapulting him to No. 13 in the world.

What effect that win may have on the 42-year-old and his team-mates this week remains to be seen but he is determined to improve his win ratio to help end his country’s 25-year wait for victory outwith the States.

He said: “My overall Ryder Cup record, not having won as a player since 1999, is something hopefully we can change.

“It certainly is something – looking back on my entire Ryder Cup career – that’s not something I enjoy or like seeing.

“We haven’t won as a US squad in 25 years on foreign soil so that will hopefully change this week as well.

“There’s a lot of nerves. It’s excitement. I mean, it really is. It’s something we don’t get to experience in that regard because basically it’s the final round of a tournament on the very first hole and every match you tee it up.

“It’s a different atmosphere and one that we absolutely love.”

With nine Major winners in their line-up and 11 of the top 20 players in the world, Jim Furyk’s USA are favourites going into the 42nd staging of the biennial contest.

Bjorn will be looking to McIlroy, Justin Rose and wildcard Ian Poulter to provide the backbone of his team, which has five players experiencing the Ryder Cup for the first time – Rahm, England’s Tyrrell Hatton and Tommy Fleetwood, Alex Noren from Sweden and Denmark’s Thorbjorn Olesen.