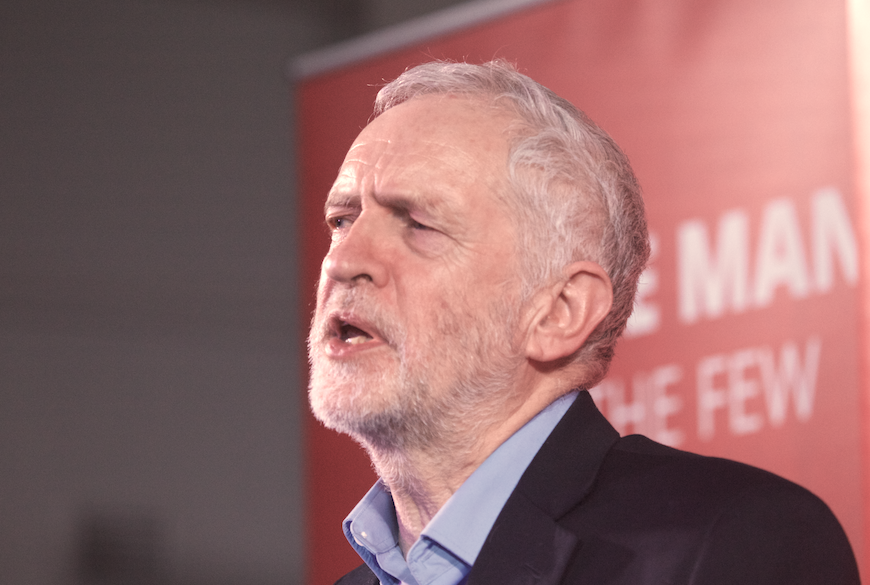 In his leader’s speech to the party conference in Liverpool he will condemn “greed is good capitalism” and say the “old ways of running things” are no longer working.

He will tell delegates that Britain needs a Government “committed to investing in renewables, in jobs and in training”.

Labour will work with industry and unions to invest in jobs and training, with a plan to reduce net carbon emissions by 60% by 2030 and zero by 2050.

Mr Corbyn will say this major investment, driven by Labour’s national transformation fund, will bring “skills and security to communities held back for too long.”

The investment will be focused on offshore and onshore wind, solar energy and home energy efficiency. The insulation programme will create 160,000 jobs alone, spread across the UK.

Labour has used its annual conference in Liverpool to announce a series of new policies that it says will rebuild and transform Britain, as “the old way of running things isn’t working anymore.”

Mr Corbyn will hit out at the “greed-is-good, deregulated financial capitalism” which ten years ago “came crashing to earth, with devastating consequences for millions of people”.

The Labour leader will say “the political and corporate establishment strained every sinew to bail out and prop up the system that led to the crash in the first place”, and that “unless we offer radical solutions, others will fill the gap with the politics of blame and division.”

On creating 400,000 skilled green jobs, Jeremy Corbyn is expected to say: “There is no bigger threat facing humanity than climate change. We must lead by example.

“Our energy plans would make Britain the only developed country outside Scandinavia to be on track to meet our climate change obligations.

“That means working with unions representing the workforce to ensure jobs and skills are protected as we move towards a low-carbon economy.

“And it means working with industry to change the way we build, and to train the workforce to retrofit homes and work in the industries we will build.

“It needs a government committed to investing in renewables, in jobs and in training. I can announce today that Labour will kickstart a green jobs revolution.

“Our programme of investment and transformation to achieve a 60% reduction in emissions by 2030 will create over 400,000 skilled jobs, based here and on union rates, bringing skills and security to communities held back for too long.”

On his rebuilding plans he will add: “Ten years ago this month, the whole edifice of greed-is-good, deregulated financial capitalism, lauded for a generation as the only way to run a modern economy, came crashing to earth, with devastating consequences.

”But instead of making essential changes to a broken economic system, the political and corporate establishment strained every sinew to bail out and prop up the system that led to the crash in the first place.

“People in this country know – they showed that in June last year – that the old way of running things isn’t working any more.

“That’s why Labour is offering a radical plan to rebuild and transform Britain.”

Independent expert researchers have found that he target is feasible in 12 years and is essential to meet Britain’s Paris obligation.

Delivering the target will create a huge economic stimulus for the UK, creating quality jobs and driving investment.

It will mean increasing the share of electricity coming from low carbon or renewable sources from 50% to 85%.

Linkedin
News, Politics, UK No Comments » Print this News
Call to extend Brexit talks to ensure ‘smooth transition’ Previous News
Next News Reset: A guide to reconnecting with yourself