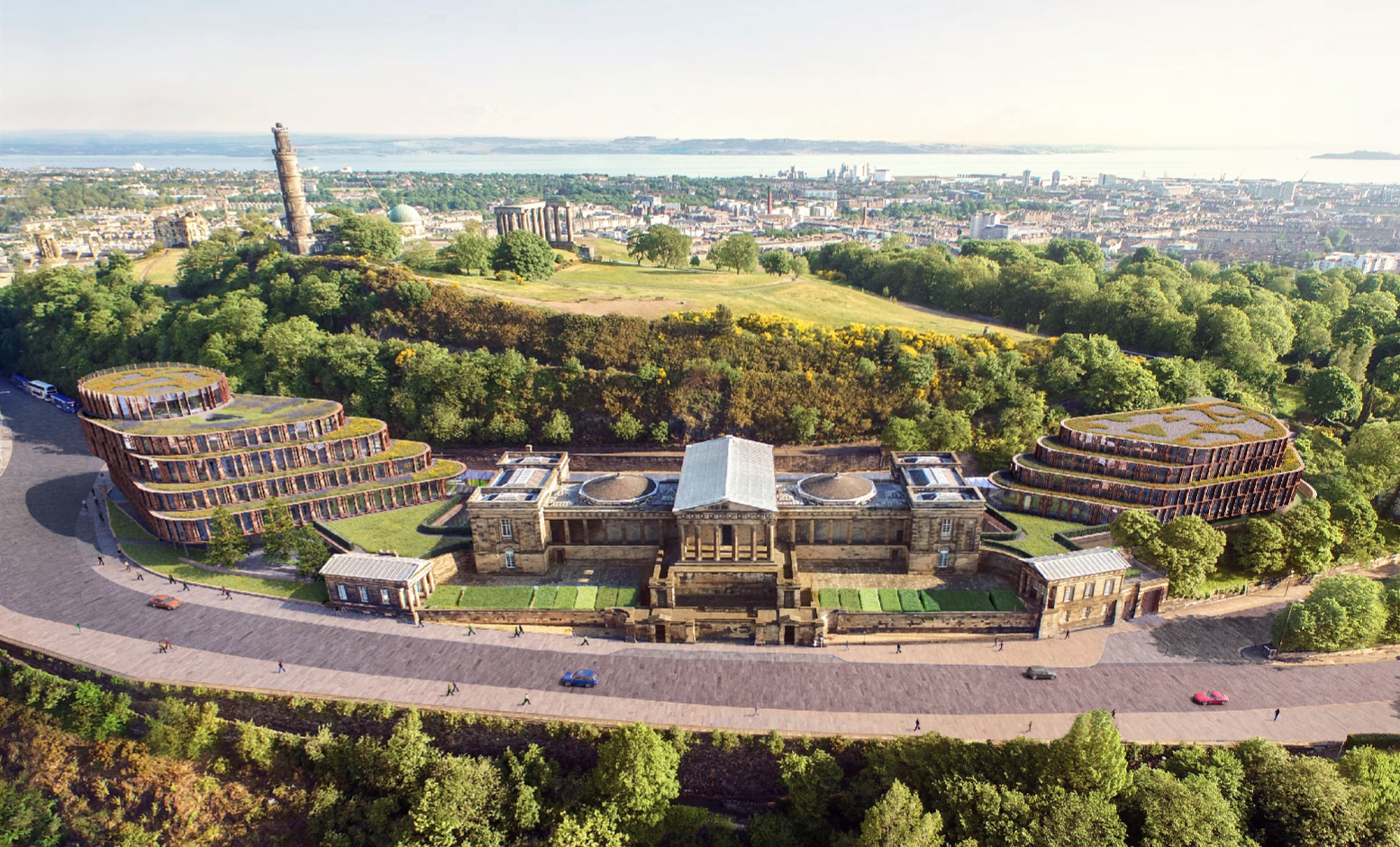 A six-week appeal begins today into plans to convert one of Edinburgh’s abandoned architectural gems into a luxury hotel.

The controversial scheme for the former Royal High School on Calton Hill is being challenged by a number of heritage bodies and by the St Mary’s Music School which wants to relocate to Thomas Hamilton’s masterpiece.

St Mary’s, which says its 80 students are currently operating in cramped conditions, has raised £35 million through the Dunard Fund in one of the biggest ever philanthropic gifts to the nation. It says this allows it to progress its plans immediately.

The City Council approved planning for the St Mary’s application in 2016 with cross-party support, but the hotel developer has lodged an appeal against refusal of its proposal which will be heard by the Scottish Government at Tynecastle Park stadium.

Duddingston House Properties (DHP) and Urbanist Hotels, who currently hold the rights to the site, want to bring a five-star Rosewood hotel to the site. The plan was rejected in December 2015 and a revised design for a more scaled-back hotel was again refused in August 2017.

Opposition to the hotel focused around plans to build two extensions at either end of the former school building. The designs were fiercely opposed by critics. An Ipsos MORI poll showed that  80% of residents preferred its proposal to the hotel.

Among more than 3,000 objections to the hotel development were some prominent names, including the novelist Alexander McCall Smith, violinist Nicola Benedetti and composer Sir James MacMillan.

The hotel backers have enlisted President Trump’s lawyers Ann Faulds and Gordon Steele QC, who he used for legal battles over his Aberdeenshire golf course.