Gadhia to leave after 18 months

Virgin chief in line for big pay-off in CYBG takeover 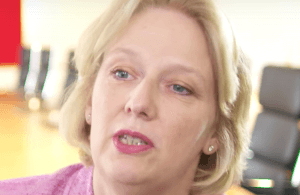 Jayne-Anne Gadhia, chief executive of Virgin Money, will receive a multi-million pound pay-off following its acquisition by the owner of Clydesdale and Yorkshire banks.

Shareholders will be asked to change company rules by granting Mrs Gadhia a redundancy package after she completes an agreed 18 month period as ‘adviser’ to CYBG chief executive David Duffy.

Mrs Gadhia, 56, has been in charge for a decade, leading Virgin Money to a stock market flotation in 2014, but will stand down from the board when the deal with CYBG goes through later this year.

The deal will also lead to 1,500 job losses and some branch closures as part of plans to generate £120 million of annual pre-tax cost synergies, by the end of September 2021.

Documents sent to shareholders also reveal that the combined company will only commit to the Gosforth headquarters of Virgin Money for “at least three years”. CYBG says it “does not intend to materially alter the overall size or nature of operations at its Glasgow headquarters”.

The monthly average number of persons (including directors) employed by the Virgin Money Group was 3,224 in 2017.

The names of the 159-year-old Yorkshire Bank and 180-year-old Clydesdale Bank will be ditched for retail customers and replaced with Virgin Money branding in branches.

Virgin founder Sir Richard Branson will be paid royalties for use of the brand and will have a 13% holding worth around £570m.

There will be £60m of one-off pre-tax costs associated with the rebranding exercise, expected to be largely incurred during the first two years following completion.

The majority of the costs associated with the rebranding exercise relate to products, IT and property. These rebranding costs replace the costs that would otherwise have been required to scale the B brand more widely.

CYBG believes that the new company will benefit from use of the Virgin Money brand.