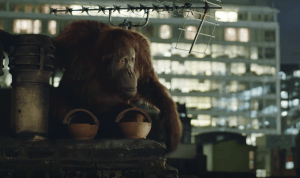 Competition watchdogs have given provisional clearance to the proposed merger of SSE Energy Services, and Innogy’s retail business, npower.

The merger will create Britain’s second-largest retail power provider with 11 million customers and reduce the “Big Six” dominating the market to five companies. The CMA is expected to issue a final report by 22 October.

Anne Lambert, chairwoman of the inquiry group at the Competition and Markets Authority (CMA), said: “With more than 70 energy companies out there, we have found that there is plenty of choice when people shop around.

“But many people don’t shop around for their energy. So, we carefully scrutinised this deal, in particular how it would impact people who pay the more expensive standard variable prices.

“Our analysis shows that the merger will not impact how SSE and Npower set their SVT prices because they are not close rivals for these customers.”

Alistair Phillips-Davies, chief executive of SSE, said: “Following a thorough and in-depth investigation, we are pleased the CMA has provisionally concluded that the proposed merger of SSE Energy Services and npower does not raise competition concerns.

“The scale and pace of change in the GB energy market continues to be significant and requires us to evolve to stay relevant, competitive and sustainable. The planned transaction presents a great opportunity to create a more agile, innovative and efficient company that really delivers for customers and the energy market as a whole.

“We look forward to continuing to engage with the CMA as it prepares its Final Report ahead of the statutory deadline in October. We remain confident that the formation and listing of the new company is on track for completion by the end of SSE’s financial year.”

The company has announced that Kate Bickerstaffe is to be chief executive of the new company.