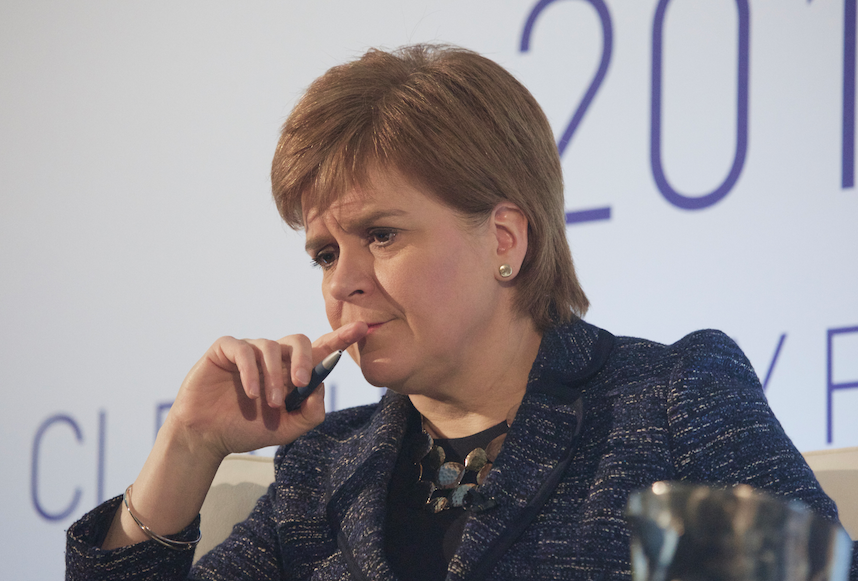 The SNP was facing a potential split over the Salmond legal case as grassroots backers rushed to support his campaign against the government and the First Minister garnered the support of her Westminster MPs.

Mr Salmond saw cash pouring in to support his crowdfunding appeal as he prepares for a judicial review over harassment allegations dating back to his time as First Minister.

But as the fund-raising plea raised more than £85,000 – beating his £50,000 target – from an estimated 3,500 supporters the party’s Westminster leader Ian Blackford threw his weight behind Ms Sturgeon.

He also tried to distance himself from Mr Salmond’s appeal and described the SNP as “pretty united”.

However, some activists have criticised Sturgeon on social media and spread conspiracy theories about the investigation. Several parliamentarians have donated to Salmond’s fund. Western Isles MP Angus MacNeil was one of several senior figures to back Mr Salmond, encouraging followers on Twitter to support his fundraising efforts. Treasurer Colin Beattie and Midlothian North and Musselburgh pledged £20 to Mr Salmond’s campaign.

Ms Sturgeon will today try quell the infighting when she addresses SNP parliamentarians in Edinburgh. Holyrood resumes after the summer recess next week, when the First Minister is due to publish her programme for government, which now risks being overshadowed by the Salmond controversy.

Mr Salmond, who resigned from the party on Wednesday night – ostensibly to avoid divisions in the party –  caused outrage within and outwith the party by launching his cash appeal despite being entitled to five pensions. He is also paid by Vladimir Putin’s state-sponsored TV channel RT to present a weekly show.

Tory MSP Annie Wells said: “There is something deeply unsettling about an independently wealthy man asking ordinary people for money so he can take the government of Scotland to court for investigating allegations of sexual harassment against staff.

Labour MSP Jackie Baillie branded the drive a “disgrace” and said it was “simply about distracting attention from the allegations of sexual harassment.”

The complaints, which Mr Salmond denies, have been handed to Police Scotland following an inquiry led by Permanent Secretary Leslie Evans, the Government’s most senior civil servant.

The Daily Record revealed allegations of sexual harassment against Mr Salmond who has insisted he has never engaged in any “criminality” and is seeking judicial review of the Government’s new complaints procedure.