Scottish steel ‘back on its feet’ and securing orders 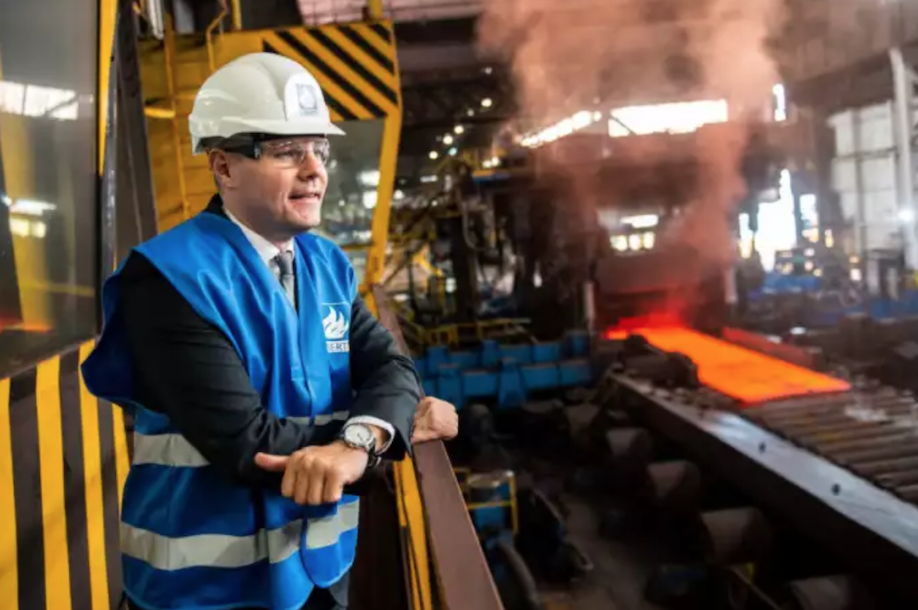 Derek Mackay at the Motherwell plant

Scotland’s revived steelworks is winning orders and challenging the foreign plate producers which have dominated the UK supply market.

Finance Secretary Derek MacKay heard of progress during a visit to the Liberty Steel plant in Dalzell, Motherwell.

It is the only remaining fully UK-owned large producer of the plate steel used for structures such as ship bodies, bridges and wind towers.

Liberty, which is part of Sanjeev Gupta’s GFG Alliance business empire, re-opened the plant after being closed down by its previous owner.

The firm said that, following a tough first year, it believes the operation is now “back on its feet”.

Gordon MacRae, managing director of Liberty Steel Dalzell, who took MacKay on a tour of the plant, said: “With the skill and determination of the workforce at Dalzell, we’ve begun to make real inroads into this market.

“We’re already reclaiming lost market share and we have big ambitions for future growth, not only at home but in key export markets also.”

He revealed that the plant has just secured two major contracts and is on target to produce more than 120,000 tonnes of plate this year. This figure is set to rise by at least a further 25% next year.

Dalzell steel will be used by other Liberty plants in Scotland and England to make products such as wind towers and oil pipelines.

Mr MacKay said: “The Scottish Government are committed to ensuring our steel sector has a sustainable future, building on the long and proud heritage of steelwork in Scotland.

“We are committed to doing as much as we can to increase the industry’s ability to compete in global markets, which will help bring new opportunities to Scotland’s economy.”