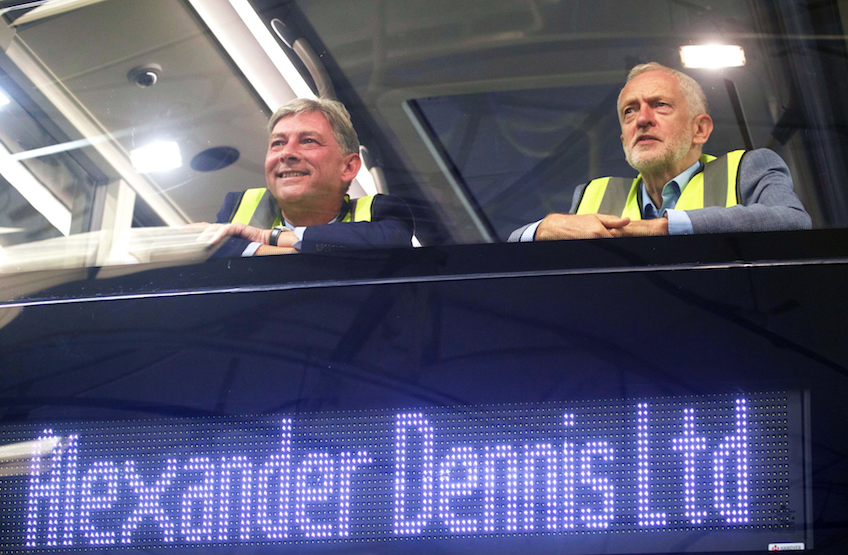 Labour leader Jeremy Corbyn will today claim that Scotland holds the key to delivering a change of government at Westminster.

Mr Corbyn will meet and brief candidates selected in key target seats ahead of the next general election.

He wants to build on the party’s six gains in last year’s snap poll and says in seats such as Glasgow East, Airdrie and Shotts, Lanark and Hamilton East, Motherwell and Wishaw, Inverclyde and Dunfermline and West Fife swings of less than 1% are required to deliver Labour MPs who could replace the Tory government.

Labour believes that another General Election could be looming because of the government’s troubled handling of Brexit.

Mr Corbyn yesterday toured the Alexander Dennis bus manufacturing plant at Falkirk as part of a four-day visit to Scotland. He was also in Edinburgh at the Book Festival and will be addressing the Television Festival.

Today he will say: “Make no mistake we are ready to fight and win the next General Election. While the Tory government stumbles from one crisis to another, Labour is selecting candidates and laying the ground work win the next election – whenever it is called.

“Labour has the candidates and the policies that will provide the hope, transformation and investment that Scotland needs and which i believe will help us win the next General election.

“It will be Scottish voters who kick the Tories out of Downing Street when the time comes – and the whole of the UK will benefit from a Labour government that ends austerity and invests in our people and public services.”

Scottish Labour leader Richard Leonard said: “The real divide in Scotland is between the SNP and the Tories planning another decade of austerity and Labour on the other offering a decade of real and sustainable investment in public services and our economy.

“The Tories’ shambolic handling of Brexit makes another General Election a real possibility – and Scottish Labour is ready to play our role in delivering real change across the whole of the UK. 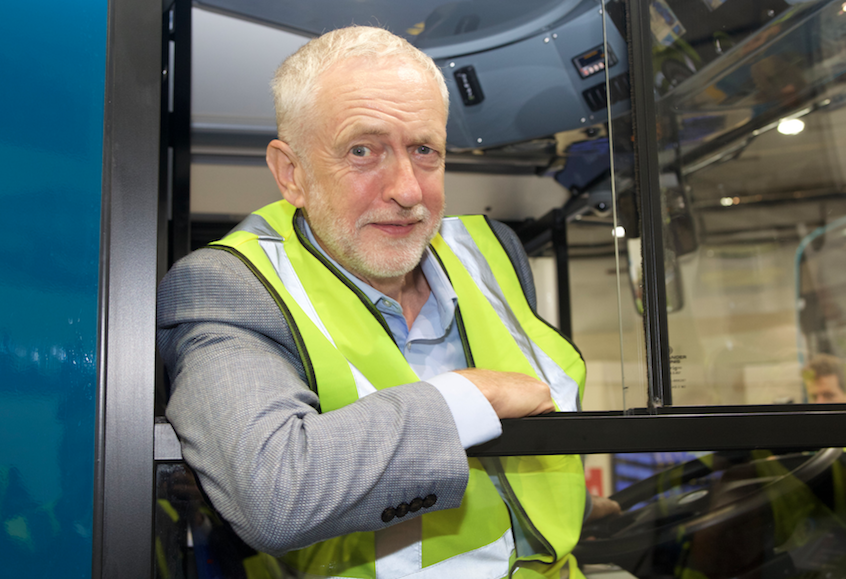 “In 2017 nearly 13 million people put a cross on a ballot paper for a radical Labour manifesto with an unflinching commitment for the first time in a generation to end austerity, to extend public ownership and to bring about a redistribution of not just wealth but of power.

“When the next election comes we will be ready to ensure we can turn that manifesto into a reality.”

Mr Corbyn condemned a former Labour MP who appeared to say he had lost respect for the Jewish community following the anti-Semitism row engulfing the party.

Jim Sheridan has been suspended from Labour following a complaint about a social media post.

The former Paisley and Renfrewshire North MP, now a councillor in Renfrewshire, is under investigation over the comments, in which he is reported to have expressed a loss of “respect and empathy” for the Jewish community.

Mr Corbyn said: “It’s completely wrong what he (Jim Sheridan) said. He did withdraw it later on, he has been suspended from membership, there will be an independent investigation – independent of me that is – so I can’t comment any further.

“We do not tolerate anti-Semitism in any form, in our party or anywhere in our society.”

He added: “The NEC, our party, our party members, are fully aware of that and we take action against anyone who behaves in an anti-Semitic way.”