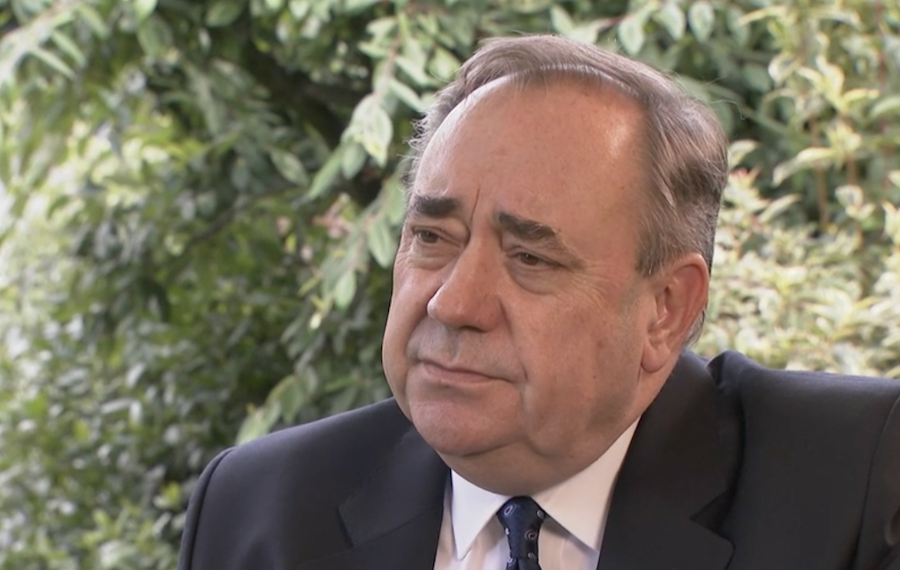 Former SNP leader and First Minister Alex Salmond tonight resigned from the party to prevent it becoming the focus of attack while he faces sexual harassment allegations.

In a statement he said he wanted to avoid internal division within the SNP, which has faced calls from opposition parties to suspend him .

He has denied any wrongdoing, and said he intended to apply to rejoin once he had an opportunity to clear his name.

It emerged last week that two Scottish government staff members had lodged complaints in January about his behaviour when he was first minister.

Mr Salmond has been a member of the SNP for 45 years, 20 of them as party leader and seven as first minister.

In a vision posted on social media tonight: “I truly love the SNP and the wider independence movement in Scotland. They have been the defining commitment of my life. But today I have written to the National Secretary of the party resigning my membership.”

Party leader and First Minister Nicola Sturgeon, who has said there is no legal right to suspend him, said she “felt a huge sadness about the whole situation”.

On Twitter she said “Alex has been my friend and mentor for almost 30 years and his contribution to the SNP and independence movement speaks for itself.”

She said the decision was Alex Salmond’s alone, and she understood why he had chosen to separate “the current questions he is facing from the day to day business of the SNP and the ongoing campaign for independence.

“These last few days have been incredibly difficult for the party and, I am sure, for those involved in the complaints that have been made to the Scottish Government. I appreciate that they will have been difficult for Alex, too.”

She added: “The hard fact remains that two complaints were received by the Scottish government that could not be ignored or swept under the carpet.

“Complaints must be investigated without fear or favour, regardless of the seniority of the person involved.

“I know party members will be upset by this news, just as I am.”

Mr Salmond prompted further controversy by announcing he was aiming to raise £50,000 to fund his judicial review through a crowdfunding campaign. It passed its target within a few hours.

Scottish Labour Business Manager and Women’s Spokesperson, Rhoda Grant MSP, said: “That an independently wealthy man with his celebrity and political power is to raise legal fees through a crowdfunder for a case ultimately linked to sexual harassment is unbelievable.

“It suggests that he is sending a signal to those who have made allegations that he has the upper hand.

“Decent people will rightly be furious that he is to raise money to take the Scottish Government to court. Alex Salmond is abusing his power, and dragging Scotland into the gutter.