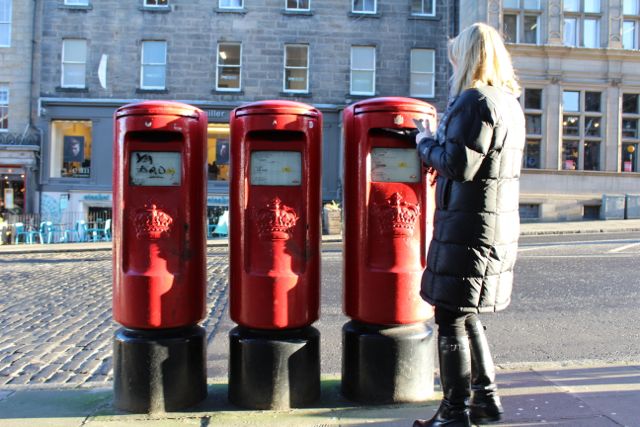 Royal Mail said it will lodge an appeal against Ofcom’s record £50 million fine for a “serious breach of competition law”.

The penalty was imposed after the company was found to have abused its dominant position by discriminating against its only major competitor delivering letters.

The penalty is the result of an investigation into a complaint from Whistl, one of Royal Mail’s wholesale customers.

Royal Mail responded by saying the decision relates to a price change announced in 2014 – which was never implemented or paid.

It said: “Royal Mail is very disappointed by Ofcom’s decision to impose a fine of £50 million. Royal Mail strongly refutes any suggestion that it has acted in breach of the Competition Act, and considers that the decision is without merit and fundamentally flawed.”

It added: “For an allegation of abusive price discrimination to be established, the law is very clear.  The relevant prices must be actually paid. And, the party paying such prices must be placed at a competitive disadvantage as a result.

“In this case neither of these essential elements exist.

“Ofcom’s claim that the notification of the price changes itself had an anti-competitive effect is fundamentally flawed. First, there is no case in which a mere notification has been found to be anti-competitive.  ‎Second, there is no basis on which it can be unlawful to notify a lawful price. This claim therefore provides no shortcut to Ofcom in establishing that discriminatory prices were applied and parties were placed at a competitive disadvantage.”

The company will now lodge an appeal with the Competition Appeal Tribunal within the next two months.  No fine is payable until the appeals process is exhausted.

The complaint was about changes Royal Mail made to its wholesale customers’ contracts in early 2014, including wholesale price increases it was introducing.

At the time, Whistl was expanding its business to compete directly with Royal Mail by delivering business letters, known as ‘bulk mail’, to addresses in certain parts of the UK – becoming the first company to challenge Royal Mail’s monopoly in the large-scale delivery of bulk mail.

The 2014 wholesale price increases meant that any of Royal Mail’s wholesale customers seeking to compete with it by delivering letters in some parts of the country would have to pay higher prices in the remaining areas – where it used Royal Mail for delivery.

Following notification of these new prices, Whistl suspended plans to extend delivery services to new parts of the UK.

Ofcom’s investigation has found Royal Mail’s actions amounted to anti-competitive discrimination against customers, such as Whistl, which sought to deliver bulk mail.

“All companies must play by the rules. Royal Mail’s behaviour was unacceptable, and it denied postal users the potential benefits that come from effective competition.”

Linkedin
Ofcom, Royal Mail News, UK No Comments » Print this News
A man has been arrested on suspicion of terrorism offences after a car swerved into pedestrians and cyclists in Westminster Previous News
Next News Esure tycoon Wood poised for £360m payday