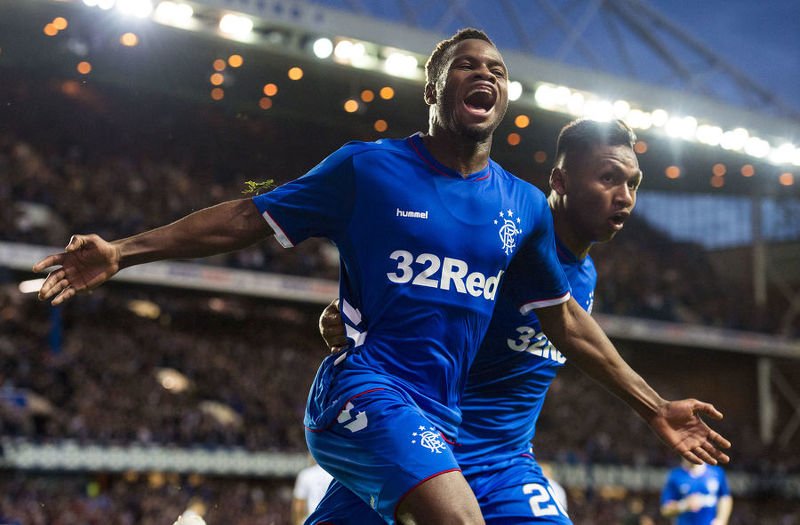 Steven Gerrard orchestrated the most significant result of his tenure as Rangers boss, with the Light Blues now within touching distance of the Europa League play-offs.

The Gers faced their toughest test of the season to date and came through with flying colours.

All eyes will now turn to the return leg in Slovenia in seven days’ time to see if the Ibrox outfit can finish the job off. They have certainly given themselves a great opportunity after a terrific victory in Glasgow, the result no more than their performance deserved.

The home side were looking for a fast start and it came in the shape of Alfredo Morelos – fresh from having his red card against Aberdeen downgraded to a yellow – when the Colombian striker put his side in front after just six minutes with a close-range finish.

Despite falling behind, Maribor came more and more into the game and began to show why they are top of the Slovenian league.

Allan McGregor was called into action on a couple of occasions to keep his side ahead, although the keeper could do nothing about Mitja Viler’s stunning effort to level the match five minutes from the break.

Whatever Gerrard said at half-time worked as within five minutes of the restart Rangers had regained the lead.

Morelos was fouled in the box and captain James Tavernier stepped up to slot home. The full-back had earlier been the subject of a reported bid of £1.8 million from West Bromwich Albion and how delighted the home fans must have been that their board rejected the offer.

The goal gave the hosts the impetus they were looking for and they produced an impressive second half.

Gerrard would no doubt have settled for the narrow advantage going into the return leg next Thursday so he will have been delighted when Lassana Coulibaly pounced in the closing minutes to make it 3-1, although there was a hint of handball about his effort as he headed Jamie Murphy’s cross into the back of the net.

The win was all the more impressive given Gerrard had gone into the match against a backdrop of frantic activity.

The winners of the tie will take on either Russians FC Ufa or Progres Niederkorn in the play-off round, with last year’s conquerors of Rangers going into their home leg in Luxembourg trailing 2-1. 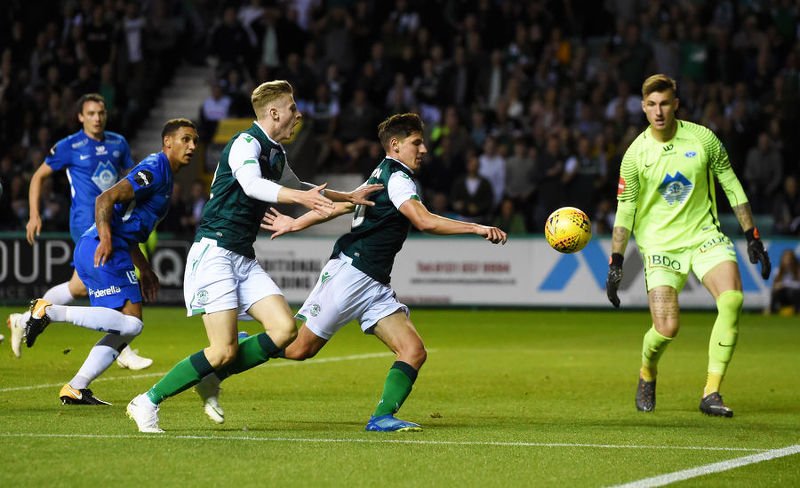 Hibs manager Neil Lennon declared himself ‘delighted’ with his side’s stalemate against the Norwegians.

It was another excellent display from the Edinburgh side, who had lost playmaker John McGinn to Aston Villa 24 hours earlier.

The Hibees, who were also without injured first-choice goalkeeper Adam Bogdan, will head into next week’s return leg very much still in the tie.

They could have won the match in the closing minutes when new loan signing from Bournemouth, Emerson Hyndman, had a chance from 15 yards out only to shoot straight at the Molde keeper and then knock the rebound wide.

“It was a good game. I think the only thing missing was us scoring,” said Lennon.

“Overall, I’ve got to be delighted, the tie is still very much alive.

“Considering where we are at this stage of the season, going up against a team who are midway through their season, that was a really good performance.

“I’ve got to take a lot of positives from that.”

The winners will face Dinamo Minsk or Zenit St Petersburg in the play-off round, with the Belarus side carving out a surprising 4-0 first-leg lead to take to Russia.