As Celtic draw in Lithuania... 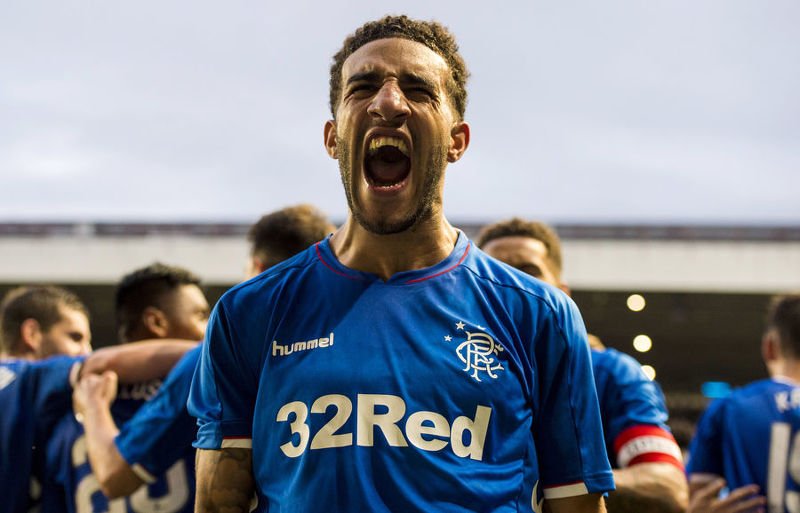 Steven Gerrard’s unbeaten start to his tenure as Rangers boss continued with another solid defensive showing in Europe.

The Light Blues chalked up a sixth clean sheet in their quest to make the group stages of the Europa League, with the team now just 90 minutes from completing a remarkable turnaround in fortunes after last season’s woes.

The manner of the victory over FC Ufa will see the Glasgow giants head to Russia next week optimistic of finishing the job against a side which posed little threat in Govan and who are still coming to terms with their first foray into European competition.

Connor Goldson’s close-range effort after 41 minutes was all that separated the teams at Ibrox, although the margin of victory could easily have been greater with a number of chances missed.

Alfredo Morelos was a constant threat in attack but lacked the killer instinct he has shown in recent games, while ex-Brighton star Goldson also missed a good opportunity prior to his match-winner.

On the rare occasion Ufa managed to pierce the Gers rearguard, Allan McGregor was up to the task to stop Dmitry Zhivoglyadov’s shot from inside the box, the keeper again underlining his value to Gerrard after his summer return to the club.

New signing from Hearts Kyle Lafferty was introduced from the bench after 69 minutes but found himself in the referee’s book with three minutes of being on the pitch and failed to find the second goal Rangers’ dominance deserved.

Everything considered, it was another good day at the office for Gerrard and his men, who have now gone ten games unbeaten since the former Liverpool and England midfielder took the reins for his first post in management.

“I’ve got belief and confidence in my players that we can go and finish the job off,” he said.

“We’ll do whatever it takes to try and get over the line, whether that’s another clean sheet or having people on the pitch who are capable of getting that away goal.

“I believe if we get another goal it’ll be a big task for them.” 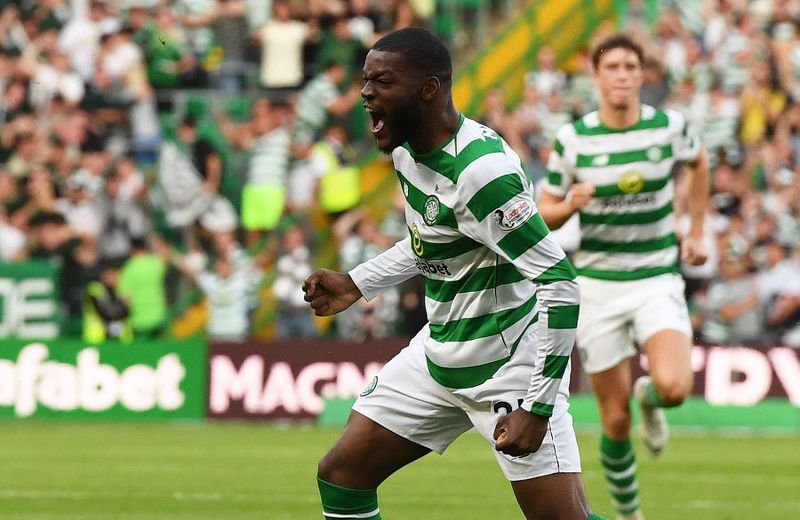 Olivier Ntcham had Celtic ahead early on against Suduva but the Lithuanians hit back to earn a 1-1 draw (pic: SNS Group)

While Rangers’ European success so far this season has been built on solid defensive foundations, the same cannot be said for a stuttering Celtic team whose frailties at the back were again exposed in Lithuania.

Mistakes by his rearguard have been a recurring theme for boss Brendan Rodgers this season, and he was left to lament another lapse against Suduva.

Olivier Ntcham had given the Parkhead outfit the perfect start when he headed his side in front after just three minutes but any hopes the Hoops had of building a comfortable lead to take back to Glasgow for the return leg evaporated when Ovidijus Verbickas levelled the tie ten minutes later.

The Celtic defence failed to deal with a delivery into the box and Verbickas rose unmarked to head the equaliser.

As expected, Celtic had plenty of possession but couldn’t convert it into anything more tangible in front of goal, although Rodgers did single out teenage forward Mikey Johnston for his performance on his European debut in just his fourth start for the club.

The Scottish champions should complete the task next week in Glasgow, although Rodgers was unhappy with another poor goal conceded after the errors which cost his team so dearly against AEK Athens in the recent Champions League qualifier.

“Next week we want to finish off the job but we will need to play with a greater tempo,” he said.

“We are controlling a lot of the games but against AEK we had four shots on target against us over two games where we were clearly a better team, but we conceded three goals. So it has to stop.

“Games like that, especially away from home, you have to demonstrate that hunger to not concede, and it was too easy.

“We made a great start. We wanted to start the game quickly and we got a European goal away from home, which was perfect. But yet another soft goal.

“It was a terrific ball into the box but we have to defend it better than that. It gave them a bit of oxygen in the game that our start should never have given them. We need more cohesion and we’ve got to defend it one way or the other.

“It was a soft goal to give away. We had decent control of the game but then offensively as well we weren’t aggressive. So we will go away and analyse it and see what we can do better.”