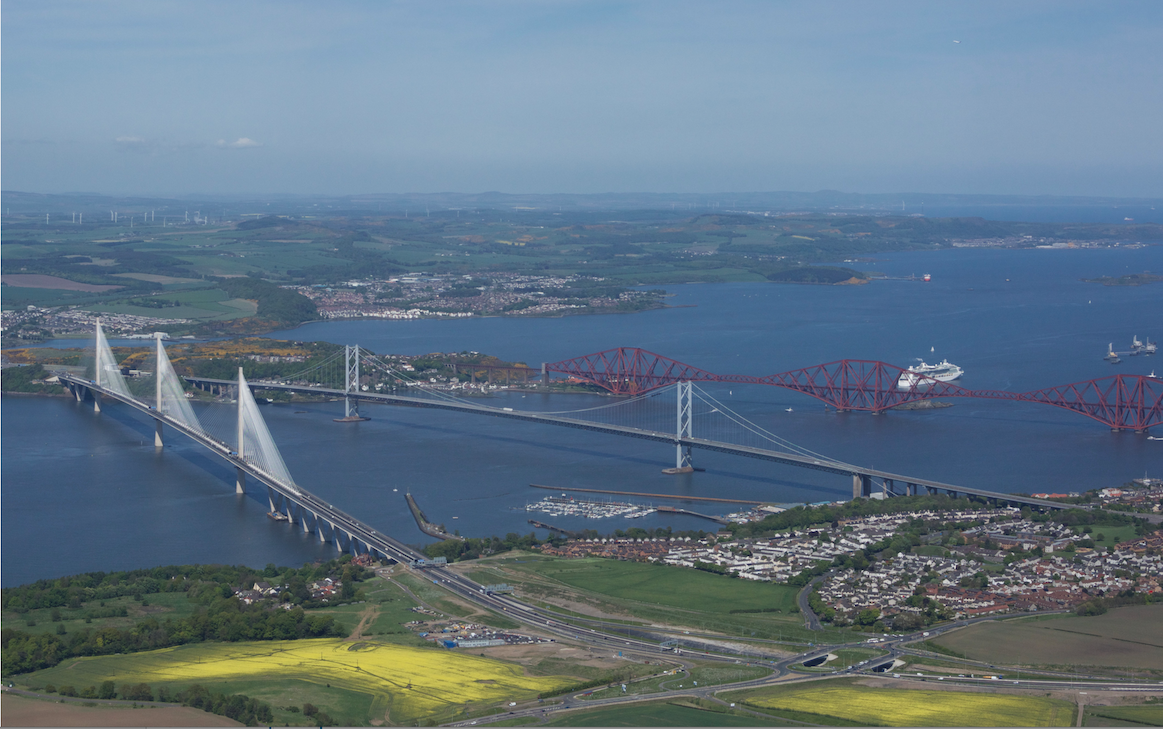 The Queensferry Crossing has improved the reliability of journeys across the Forth according to new analysis which will surprise motorists regularly caught up in traffic hold-ups.

Transport Scotland said the Road Bridge would have closed to high-sided vehicles on 14 occasions in the year since the £1.35bn crossing opened as restore access after an accident had reduced from five hours to one hour. This because the UK’s tallest bridge includes wind shields and hard shoulders.

Michael Matheson, Transport, Infrastructure and Connectivity Secretary, said: “The recent Audit Scotland report recognised the Queensferry Crossing as having delivered its objective of providing a more reliable road link between the Lothians and Fife.

“One year on since opening the new bridge, we are today providing further evidence that shows how reliability of journeys over the Forth have improved in the last 12 months.

“This is in sharp contrast to the lengthy delays seen in the past on the Forth Road Bridge, where an accident or breakdown resulted in huge tailbacks and much longer journeys over the bridge and the surrounding road networks.

“The impacts of incidents on the Queensferry Crossing have been much reduced by making use of the hard shoulders to assist in quicker response times in the recovery of vehicles and allowing for the ability to maintain two lanes of traffic.

“There are clear and significant economic benefits from this reliable crossing for both industry and commuters alike, I am pleased to see this has been recognised by the road haulage industry today.”

Martin Reid of the Road Haulage Association said: “There is little need to disguise the fact that the Queensferry Crossing remaining open during periods that would have closed the Forth Road Bridge has undoubtedly benefitted our industry and the Scottish economy in general.”

Regular commuters, however, may beg to differ over the bridge’s ‘benefits’ with many saying the regular tailbacks suggest nothing has changed.