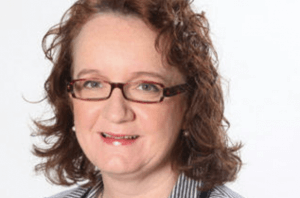 Royal Bank of Scotland says Ewen Stevenson will step down from his role as chief financial officer at the end of next month and will be replaced on an interim basis by his deputy Katie Murray on 1 October.

The search is under way for a permanent successor for Mr Stevenson whose departure was announced in May. He is joining HSBC in a similar capacity.

The bank said he will be placed on gardening leave until his employment with RBS ceases on 30 November and will not receive any compensation for loss of office.

Mr Stevenson will continue to receive his salary, fixed share allowance, pension and benefit funding up to 30 November.  No other remuneration payment will be made in connection with his departure.

In accordance with the rules of RBS’s 2014 Employee Share Plan, Mr Stevenson’s outstanding long-term incentive awards will lapse on his final date of employment.

Ms Murray has been in her current post for almost three years since joining the bank in the newly created rold of director of finance from Old Mutual in Joannesburg.