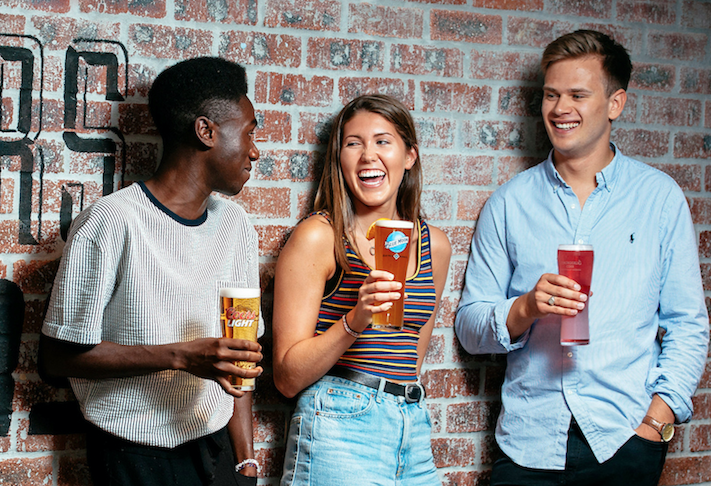 Students are no longer looking for the cheapest drinks

Brewer Molson Coors is celebrating a milestone for its Scottish business, with the announcement of a new four year supply deal with the student union purchasing consortium, Northern Services.

In an unprecedented decision by the Northern Services board, Molson Coors has been appointed unanimously to supply bars at university unions in Dundee, St Andrews, Glasgow (Glasgow University Union and Queen Margaret Union) and Queen’s (Belfast).

The deal follows an initial two year contract which resulted in beer volumes rising across the group, with bar managers crediting the strength of the award-winning Molson Coors portfolio – which includes Coors Light, Carling, Pravha, Blue Moon, Staropramen and Rekorderlig Cider – in helping the firm buck the industry-wide trend of declining beer sales.

Anne Marie Bennett, executive director of Northern Services, said: “In the two years since we switched to Molson Coors, our bars are thriving and our beer volumes are up and outperforming the market. That’s why we collectively took the unusual decision to extend our contract with Molson Coors in this way.

“The days of unions relying on a price fighting lager are over. Modern student bars need to offer quality, choice and plenty of exciting new brands.”

Molson Coors national sales manager Scott McLardy added: “We are thrilled to have the opportunity to continue our partnership with Northern Services for a further four years.

“Having worked closely with the Northern Services team for the past two years, we have developed a deep understanding of the student market and the shift that is currently taking place towards more discerning drinking habits, where quality and choice are now as important as price.”

The extended deal with Northern Services caps a successful first half of the year for the Molson Coors Scottish team in 2018.

The business also secured a highly-prized pouring deal at Easter Road, home of Hibernian FC and it too over the taps at some of the leading venues at Edinburgh’s Festival Fringe this August, including Underbelly, the Pleasance and the Gilded Balloon.