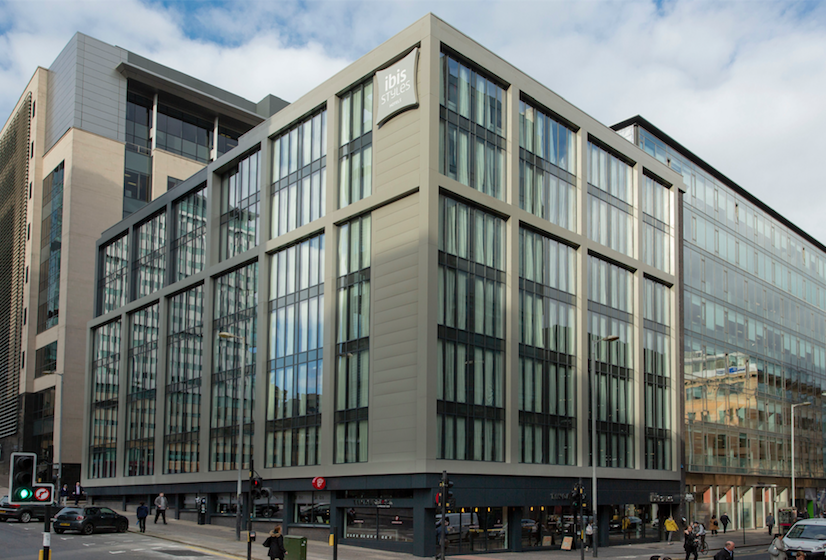 The hotel has been funded by Maven’s co-investor network ‘Investor Partners’, with a bank facility provided Allied Irish Bank.

Previously an empty 40,000 sq ft 1960s office block, Maven purchased the building in 2017and it has since undergone a comprehensive redevelopment to turn it into a 137-bedroom hotel.

It has been branded as an ibis Styles under a franchise agreement with AccorHotels, and will be managed by RBH. This is the second property Maven, AccorHotels, and RBH have partnered on in Glasgow, the first being Ibis Styles Glasgow Centre George Square.

Located on the corner of Douglas Street and Waterloo Street in the city centre, Ibis Styles Glasgow Centre West is the latest hotel asset to join Maven’s property portfolio, where the team now manages 20 property investments with a combined gross development value in excess of £295 million.

“Glasgow is benefiting from substantial investment in local sport, leisure and entertainment facilities, including the Hydro Arena, one of the UKs premier venues for music and events, and is supported by a robust commercial sector which is profiting from strong conference activity at the SECC.

“Following the success of the city hosting major sporting events such as the Commonwealth Games and the European Championships, Glasgow is building a great reputation as an attractive destination for overseas visitors and ‘staycationers’.”

Maven has also collaborated with Tinderbox, a coffee shop brand based in Glasgow, which has opened in the hotel’s ground floor.

Mr Duff added: “We aim to emulate the performance of our existing hotel, ibis Styles Glasgow George Square, which enjoys high occupancy rates and is currently ranked no2 on TripAdvisor for hotels in the city.

“When we identified the property as being available and suitable for redevelopment, given its location in the IFSD Financial Services District and close to the SECC and Hydro Arena, we realised the significant potential for another ibis Styles hotel in the city.”