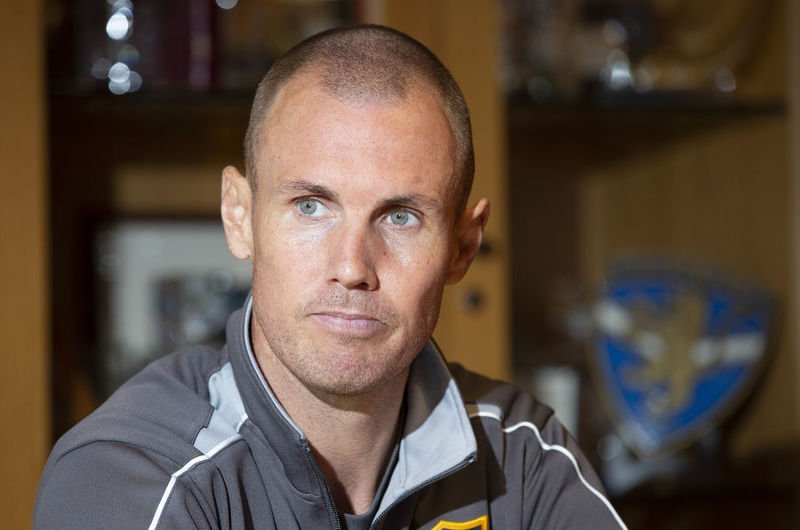 Premiership new boys Livingston are searching for another manager following Kenny Miller’s departure after just seven weeks in the post.

The former Rangers striker had been player-manager for just two league games.

It is understood that issues behind the scenes at the Tony Macaroni Arena had forced the board to call into question the 38-year-old’s ability to take the newly-promoted club forward.

Miller is reported to have been coming towards the end of a two-month probationary period with the board acting before August 31 to avoid having to pay compensation.

The West Lothian outfit followed a loss to Celtic at Parkhead on the opening day of the Premiership season with a draw against Kilmarnock.

They finished top of their Betfred Cup section after beating Airdrieonians, Annan and Berwick Rangers and defeating Hamilton on penalties but were knocked out by Motherwell at the weekend.

In statement, the club said: “The club felt that the player-manager role wasn’t working and had requested that Kenny reverted to a full time manager’s role. Kenny, however, feels that he isn’t ready to give up his football career at this time.

“As a result the club and Kenny have amicably agreed to part company.

“Livingston Football Club would like to thank Kenny for his honesty and openness, and wish him well for the future.”

Gary Holt, the former Norwich City assistant manager, who was interviewed by Livingston in the summer before Miller’s appointment, is thought to be among the front-runners to replace the ex-Scotland international.

David Hopkin guided the club back to the top tier with back-to-back promotions but left at the end of May after turning down the offer of a contract extension.

Earlier this month the club announced it was closing its football academy, with all six of its pro-youth teams being disbanded.

Ayr United have been rewarded for their shock 3-0 Betfred Cup victory over Dundee at Dens Park with a quarter-final tie away to Rangers.

Steven Gerrard’s side defeated Kilmarnock 3-1 at Rugby Park thanks to a hat-trick from Alberto Morelos and will now face Ian McCall’s Championship outfit for a place in the last four.

Hibs left it late to edge past Ross County 3-2 at Easter Road to secure their passage to the next round where they will meet Aberdeen at Easter Road, the Dons having thrashed St Mirren 4-0 at Pittodrie.

Daryl Horgan popped up with the winner for the battling Hibees, who twice came from behind to defeat the Staggies.

Cup holders Celtic will travel to Perth to face St Johnstone in the last eight, the Parkhead outfit having beaten Partick Thistle 3-1 at Firhill while Tommy Wright’s team were 4-2 victors over Queen of the South in Dumfries.