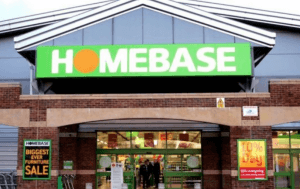 Homebase will become the latest retailer to announce severe cutbacks when it announces the closure of between 60 and 80 stores next week, with the likely loss of about 1,000 jobs.

The loss-making DIY chain was bought by restructuring experts Hilco in May after its previous Australian owner, Wesfarmers, pulled the plug on its “disastrous” venture into the UK.

It is expected to file a company voluntary arrangement handled by Alvarez & Marsal, which advised ToysRUs before its collapse this year. A CVA allows firms to avoid insolvency or administration.

Homebase has already closed 17 unprofitable stores and has confirmed plans to shut at least a further 23 which are now expected to be part of the CVA.