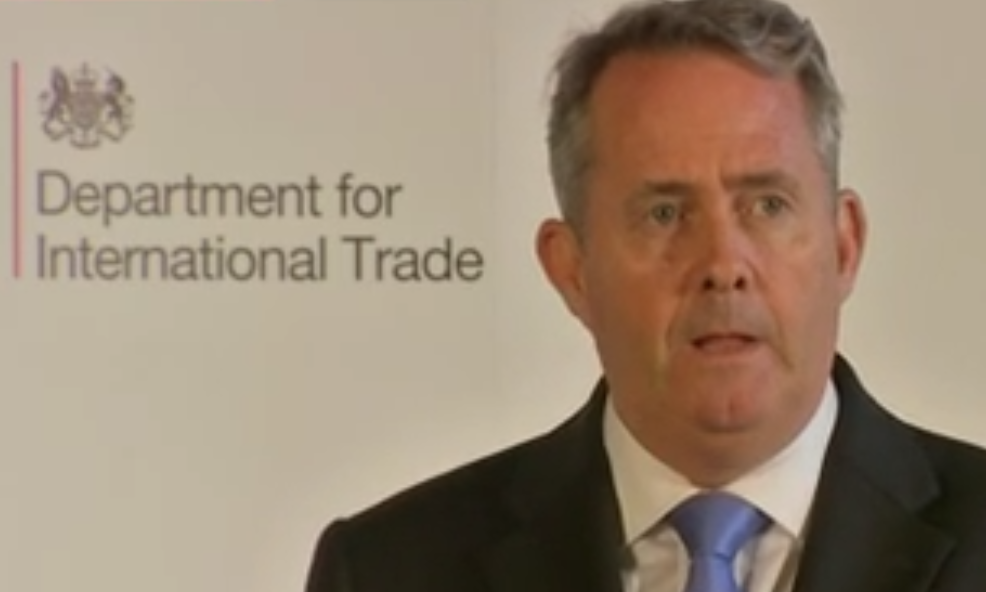 UK international Trade Secretary Liam Fox will today unveil a plan to boost British exports from 30% of the economy to 35% after Britain leaves the EU.

He will say Britain can become a “21st century exporting superpower”, although his department has not set a timescale for reaching this ambition.

Dr Fox says there are 400,000 UK firms that could export but are not doing so and that they will be encouraged to do more with better loans, guarantees and support – and by asking businesses to spell out what barriers to trade they face.

Exports totalled £615.9bn last year, according to ONS statistics, with the EU accounting for £274bn, or 44%, of the total. The US was the largest single country for UK exports, followed by Germany and France.

The Federation of Small Businesses said the export strategy to be unveiled by Fox was “strong on aspiration”, but added that support from government was urgently needed.

Dr Adam Marshall, director general of the British Chambers of Commerce, will join the launch of the Export Strategy and will say it must be complemented by a strong push to ‘fix the fundamentals’ of the domestic business environment in the UK.

He will say:  “Over the decades, we have seen a number of trade and export strategies and schemes come and go. So, it is absolutely critical, at a time of immense change for the UK economy, to get our national approach to trade and export right.

“The comprehensive Export Strategy that the Minister and Secretary of State will launch today is crucially important. So, too, is ‘fixing the fundamentals’ to support growth here in the UK.

“We need a great export strategy and a good Brexit deal, but we also need to get the basics right here at home for our future trade and export success.

“We need airports with capacity for direct flights to link British business people and goods to customers around the world, clear immigration and training policies that let UK firms secure talent from around the world, top-class digital connectivity, competitive tax rates and growth finance for ambitious firms.”