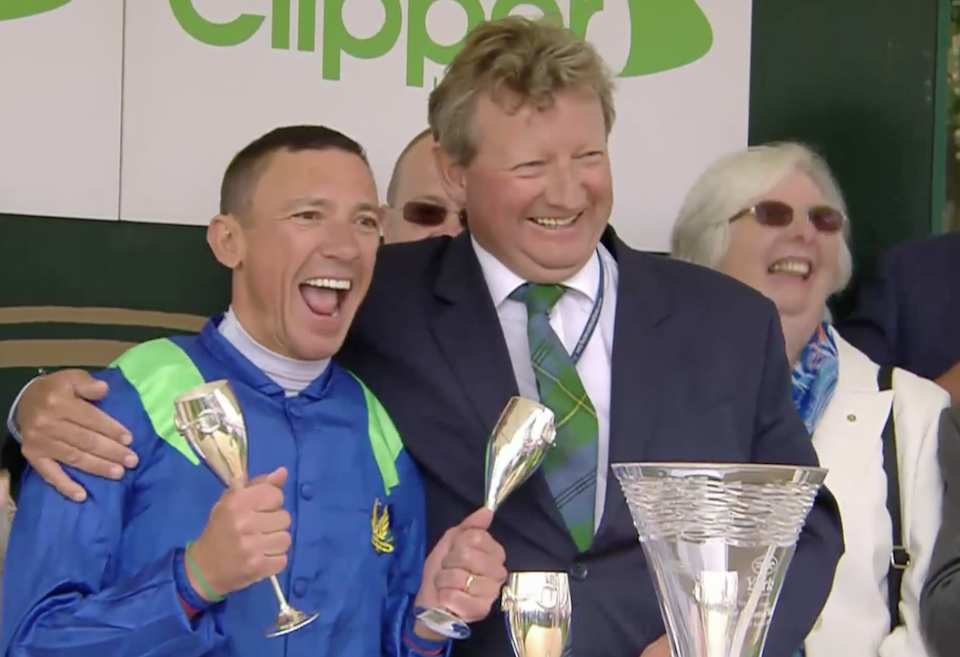 Scottish trainer Mark Johnston finally broke the record today for the most British winners, and appropriately it came in Yorkshire where he has his stables.

Poet’s Society, a 20/1 shot ridden by Frankie Dettori, obliged in the 3 o’clock at York to give Middleham-based Johnston number 4,194 and trigger celebrations around the course.

As he returned to the winner’s enclosure Dettori said he asked the Glasgow-born trainer if he had broken the record yet. Johnston replied: “No, I’m saving it for you.”

His regular jockey Joe Fanning has ridden some 1,200 of those winners over the 31 years since Johnston began training.

He beats the record held by Richard Hannon senior.