Corbyn plans tax on tech firms to back journalism 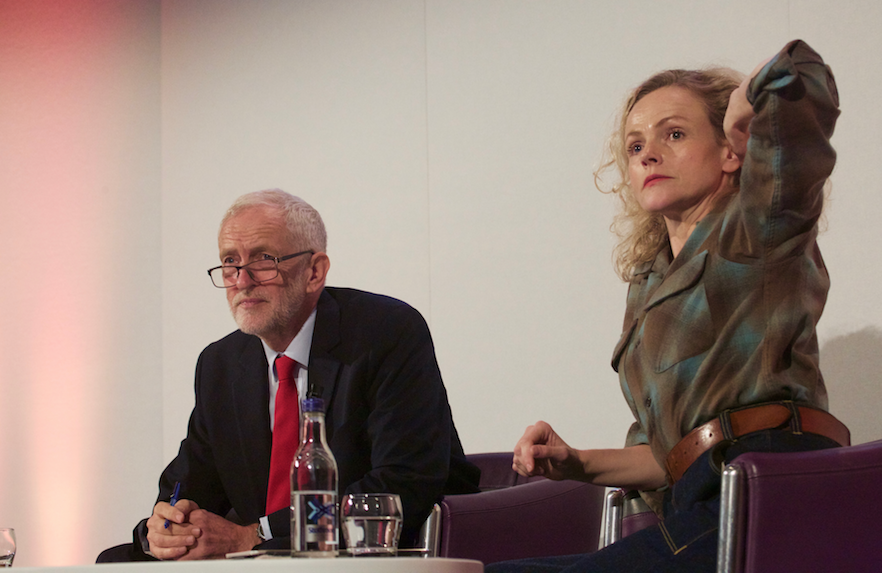 Jeremy Corbyn today proposed the introduction of a digital licence fee, payable by tech giants such as Netflix and Amazon to support public interest journalism.

Addressing the Alternative MacTaggart Lecture at the Edinburgh TV Festival the Labour leader argued that “we need bold, radical thinking on the future of our media” because of low levels of public trust and the impact of the digital revolution.

Without major changes, he said, a “few tech giants and unaccountable billionaires will control huge swathes of our public space and debate”.

Among a wide-ranging list of proposals for the media, Mr Corbyn said he favoured giving journalists the right to elect editors, as at the Guardian newspaper.

He also floated the idea of a publicly-owned “British Digital Corporation”, as a sister organisation to the BBC, that could develop a “public social media platform with real privacy and public control over data”. He proposed granting charitable status for some local, investigative and public interest journalism.

In an address that covered his own experiences of media attack, he said he accepted that politicians would be scrutinised, but said they could also answer back while many people could not. It had led to great distrust of the media which needed to be addressed.

“While we produce some fantastic drama, entertainment, documentaries and films, when it comes to news and current affairs, which is so absolutely vital and essential for a democratic society, I believe our media in many cases is failing,” he said.

Mr Corbyn, who worked for a local newspaper and chaired the National Union of Journalists’ Parliamentary group, argued that “a free press is essential to our democracy” but that journalists and media workers need to be “set free to do their best work, not held back by media bosses, billionaires or the state”.

He outlined proposals for debate to expand and empower public interest journalism including:

Mr Corbyn outlined his support for the BBC as a publicly owned, public service broadcaster and media organisation, which he described as “a great institution which rightly commands a special place in our country’s story and national life”.

But, he said, we need to look at ways to democratise the BBC so it is freer from government influence, more accountable to the public and more representative of the country it serves.

On the BBC, Mr Corbyn floated a series of ideas, including:

On expanding FOI, Mr Corbyn said: “I’m proud that one of the great tools that journalists can use to hold power to account, The Freedom of Information Act, was introduced by a Labour government.

“We have already said that we would expand the Act so it covers private sector providers of public services. It is simply not acceptable for corporate executives to hide behind the excuse of commercial confidentiality when they are meant to be providing – and as we’ve seen with Carillion, East Coast Mainline and Birmingham Prison this week so often failing – a public service. 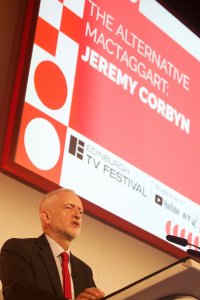 “But I think we should be more ambitious. Currently, ministers can veto FOI releases. On two occasions, this veto has been used to block information about the UK’s decision to pursue military action against Iraq. That can’t be right. We will look at ending the ministerial veto to prevent the Information Commissioner being overruled.”

On the charitable status of public interest journalism, Mr Corbyn said: “The best journalism takes on the powerful, in the corporate world as well as government, and helps create an informed public. This work costs money. We value it but somehow that doesn’t translate into proper funding and legal support.

“So, we should look at granting charitable status for some local, investigative and public interest journalism. That status would greatly help pioneering not-for-profit organisations, like the Bureau of Investigative Journalism, to fund their vital work through tax exemptions, grants and donations.”

“Google and news publishers in France and Belgium were able to agree a settlement. If we can’t do something similar here, but on a more ambitious scale, we’ll need to look at the option of a windfall tax on the digital monopolies to create a public interest media fund.”

Mr Corbyn added that it is important to support local and community media.

“This important part of the media, and its fantastic workforce, could be supported by reform and expansion of an existing BBC scheme, which sees ring fenced funding for ‘local democracy reporters’ employed in local papers.

“Part of these funds could be made available to local, community and investigative news co-ops, with a mandate to use significant time and resources reporting on public institutions, public service providers, local government, outsourced contractors and regulated bodies.”

“To help decentralise the BBC, national and regional boards could be expanded, with election by BBC staff and local licence fee payers. All boards should be representative of the country, with a minimum representation for women and minority groups.”

He said: “If we want an independent BBC, we should consider setting it free by placing it on a permanent statutory footing, with a new independent body setting the licence fee.

“The licence fee itself is another potential area for modernisation. In the digital age, we should consider whether a digital licence fee could be a fairer and more effective way to fund the BBC.

“A digital licence fee, supplementing the existing licence fee, collected from tech giants and Internet Service Providers, who extract huge wealth from our shared digital space, could allow a democratised and more plural BBC to compete far more effectively with the private multinational digital giants like Netflix, Amazon, Google and Facebook. This could also help reduce the cost of the licence fee for poorer households.”