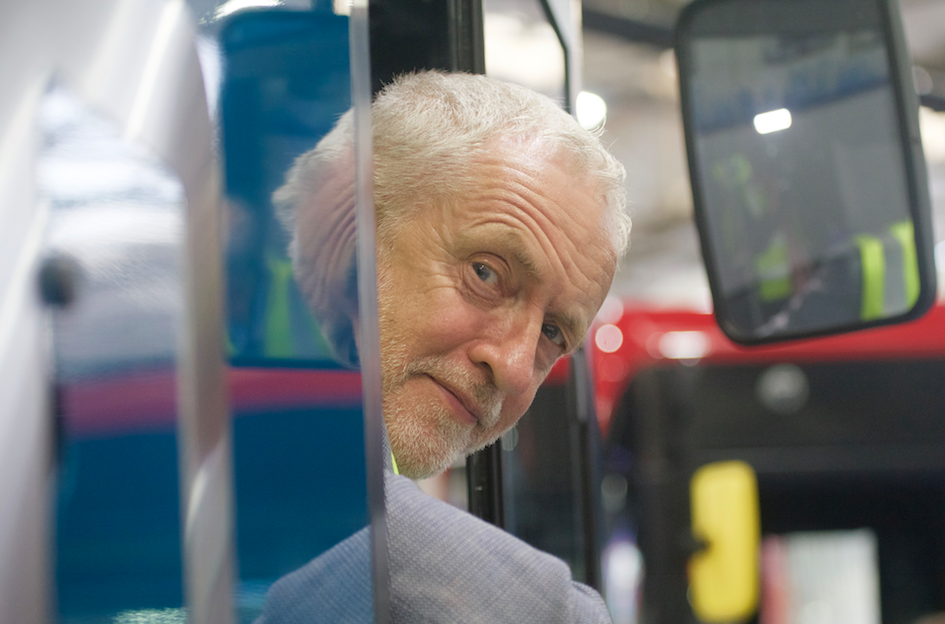 Mr Corbyn visited bus builder Alexander Dennis in Falkirk as part of a four-day tour extolling his plan to “re-programme the economy” and deliver an “industrial renaissance” for Scotland.

But political opponents pointed out that Scottish businesses, including Alexander Dennis, have warned of the damage a hard Brexit would cause. In June, CEO Colin Robertson warned Brexit had “already pushed up prices” and could “limit our ability to grow”.

Mr Corbyn, who was joined by Scottish party leader Richard Leonard, spent Monday morning at the bus manufacturer as part of Labour’s ‘Build it in Britain’ campaign to promote British industry.

He said that UK-based manufacturers could benefit from Labour’s plans to use government spending to buy British, creating jobs and driving up tax revenues.

Speaking ahead of the visit he said: “The next Labour government will re-programme the economy to deliver an industrial renaissance for Scotland.

“The Tories have overseen the decline of our industries and farmed out major public contracts overseas which could have supported jobs at home.

“Meanwhile the SNP government has not done nearly enough to grow Scotland’s industrial base or the green economy.”

SNP Westminster leader, Ian Blackford, said the Labour leader’s claims on the economy were “simply not credible” given the “catastrophic” impact a hard Brexit would have on jobs, businesses, living standards, and economic growth.

“Jeremy Corbyn’s support for a jobs-destroying Tory hard Brexit is by far the biggest threat to Scotland’s economy and long term prosperity – and would deal a devastating blow to the incomes and living standards of millions of Scottish families,” said Mr Blackford.

“It is a total betrayal of working people, who have already been hit in the pocket by Brexit as prices rise, and it would be catastrophic for Scottish businesses and economic growth – leaving the whole country poorer and worse off.

“It is no wonder that Labour are slumping in the polls when all they have to offer Scotland is fewer jobs, lower wages, and squeezed living standards. Jeremy Corbyn’s fantasy claims on the economy are simply not credible while Labour continue to back the Tories’ reckless hard Brexit plans.

“We know from UK government, Scottish Government, and wider analysis that a hard Brexit could hit Scottish GDP by up to 9% – costing Scotland over £12.7billion a year, a loss equivalent to over £2,300 for every person in the country, with around 80,000 jobs at stake.

“Instead of backing the Tories once again, Labour must finally join the SNP in fighting to protect our crucial membership of the EU single market and customs union. That is the only way to safeguard prosperity and avoid an economic crisis.”