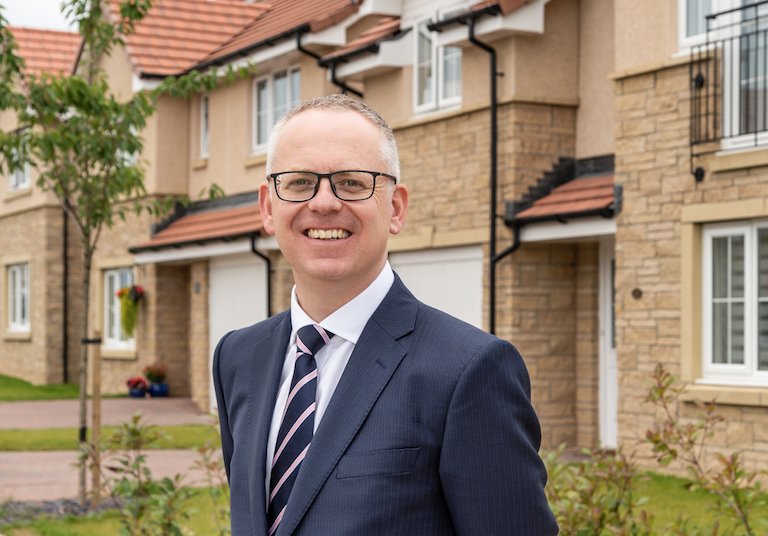 Iain Allison: ‘we have ambitious targets’

Bellway, one of the UK’s largest housebuilders, has launched a division in the East of Scotland to help meet demand for new homes in the area.

It has opened an office in Almondvale Business Park, Livingston, under the management of regional director, Iain Allison.

Its 26 staff, together with 44 on-site employees, will initially be responsible for developments in Shawfair, East Calder, Broxburn, Perth and Edinburgh.

Andy Wyles, regional managing director for Scotland, said: “Bellway continues to increase its market share in the Central Belt of Scotland and the opening of this new division shows the confidence we have in the Scottish Housing Market.

“We have grown significantly in recent years and with such a wide geographic spread of developments from Motherwell to Perth and from Barassie in Ayrshire to Dalkeith, it makes operational sense for us to now have a base in the East.

“We have lots of exciting plans for new developments in this part of Scotland and we have a fantastic team in place in Livingston, headed up by Iain.”

The company has plans to increase the number of outlets from five to 11 over the course of the next 12 months, launching two sites from the Livingston office in early 2019 – a development of 110 homes, adjacent to the company’s Winchburgh Village site – and 170 units at Gilmerton in Edinburgh.

Further sites in Livingston, Perth, Dunfermline, Mid and East Lothian are already earmarked for development over the next two years.

Mr Allison, who has been with Bellway since 2009, said: “I am very excited about the launch of the new division, which will play a key strategic role in the company’s growth in Scotland.

“We have been preparing for this launch since I was appointed to the role in November last year so it is fantastic to now be standing in the office surrounded by an incredible team of people – some of whom have been promoted internally and some completely new faces.

“There’s a real buzz about the office and we have ambitious targets to be building over 450 units annually by 2021.”