Veteran to leave board

Entwistle stepping down at Hampden & Co 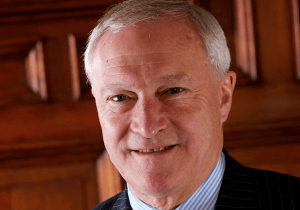 Hampden & Co has announced that founding chairman Ray Entwistle will step down from the private bank’s board.

Mr Entwistle launched Hampden, with offices in Edinburgh’s Charlotte Square and in Mayfair in London, in 2015.

He moved to Scotland in 1977 to set up Lloyds Bank’s first branch in Edinburgh and later chaired Adam & Company.

“I was being described as a ‘veteran banker’ in the media before Hampden & Co even opened”, Mr Entwistle said. “This past three years have been exciting, fuelled by clients who continue to write to me to say what a pleasure it is to have found a bank that acts with decency and integrity.”

He will continue to be involved with Hampden & Co but said the new chairman will bring new energy to the company.

CEO Graeme Hartop said: “Ray has been instrumental and inspirational in the set-up of Hampden & Co and we would not be where we are today without his vision and tenacity. I am delighted that he will continue to be involved in his role as founder.”