Part of Time For Change 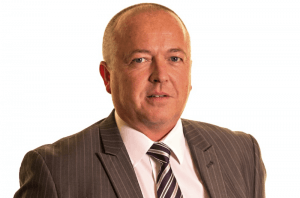 Mr Wilkinson joined the SLTA in 1981 and has seen the industry transform over the last four decades. This position reflects the internal restructuring that has taken place as part of the association’s ambitious three-year Time for Change action plan.

The position of managing director combines the roles and responsibilities of former SLTA chief executive Paul Waterson, with whom Mr Wilkinson worked closely over the last 18 years, and the SLTA secretary.

Drawn from various sectors of industry, the board members bring a broad-ranging set of skills and expertise to fulfil the board’s responsibilities of governance and the long-term national strategy of the organisation.

Meanwhile, the SLTA’s regional council – a combination of the association’s former executive and managing committees – will embrace the local and regional associations with a remit to ensure ongoing communication with the wider membership. It will also highlight issues of national significance to the board. Each regional association is represented on the council.

Mr Wilkinson said: “This is an exciting time for the SLTA as we move forward and support our members in times of change both within the licensed trade and in the political sphere. I look forward to working with the board and regional council to ensure that our voice is heard on all issues and debates affecting the licensed trade and hospitality industry.”