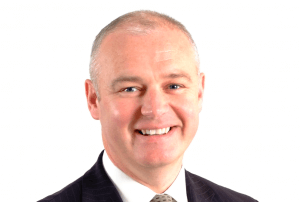 Cala Group has appointed Kevin Whitaker, one of its regional chairmen, as chief executive to succeed Alan Brown who is retiring.

Mr Whitaker takes over following the sale of Edinburgh-based business to Legal & General Capital in a deal that valued the builder at £605 million. L&G acquired the 52.1% of the group which it did not previously own.

The new CEO has been with Cala since 1999 and a member of the management team for 11 years. He is a past managing director of CALA Homes East and land director with CALA Homes Scotland. He takes up his new post on 1 August.

He said: “I am extremely proud that Legal & General has appointed me as CALA’s Chief Executive. Having spent 19 years with the company, I know about the quality of our people, culture, strategy and the homes we build, and I am very excited to get started as we continue to grow the business and deliver on our strategy.

“Legal & General’s investment in the remaining part of CALA is the start of an exciting new chapter for the Group and our strong track record of delivery, combined with our growth strategy, means that we are well placed to build on the excellent momentum we have generated in recent years.”

The appointment was announced alongside a trading update in which the group said it had maintained the positive momentum generated during the first six months.

Graham Reid, interim chief executive, said: “The past twelve months have been a landmark year for CALA.

“The continued strength of our performance produced a sixth consecutive year of outstanding delivery, while we were also able to further expand our growth targets based on our consistent track record and investment in the business in recent years.

“The overall market backdrop for CALA has remained broadly supportive and we enter the remainder of the extended financial year in a positive position, with a healthy level of forward private reservations.

“Looking ahead, we remain confident of continuing our strong growth momentum with the benefit of the backing of Legal & General, one of the most highly-respected, blue-chip investors who shares our long-term vision.”

Kerrigan Procter, chief executive of Legal & General Capital, said: “We are delighted to appoint Kevin as CALA’s Chief Executive as we look to continue to build on the Group’s strong growth momentum. Having been a key member of the management team over the past eleven years, he knows the business inside out and shares our long-term vision, which will be invaluable to continuing to develop and grow CALA.

“I would also like to place on record Legal & General’s thanks to CALA’s Finance Director, Graham Reid for stepping into the Interim Chief Executive role and overseeing the continuation of CALA’s strong trading performance.”