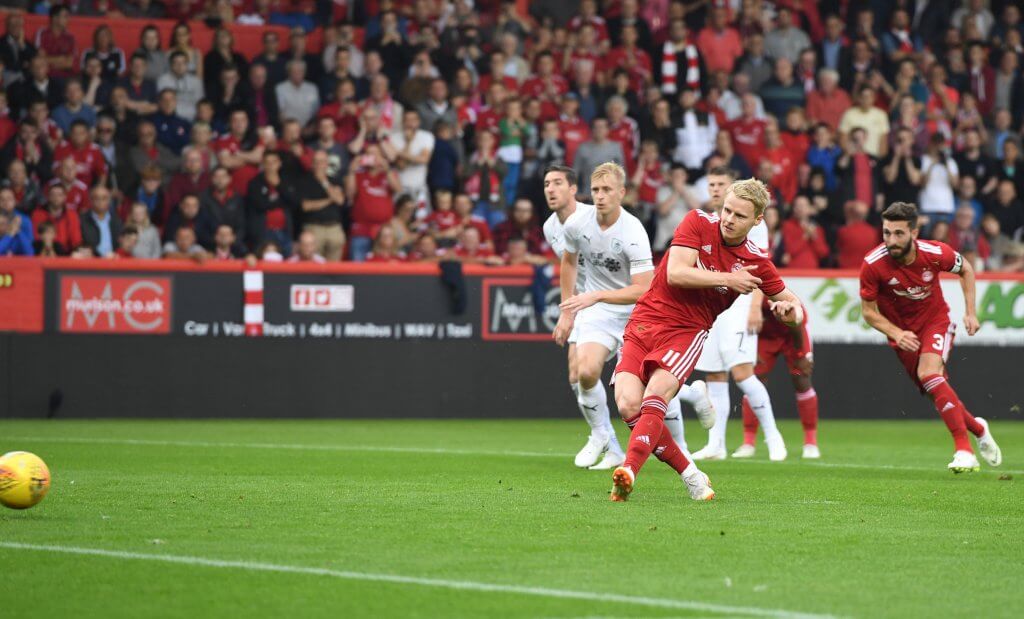 A late goal from one of the English Premier League’s surprise packages last season edged this tie in their favour after Aberdeen looked likely to snatch a vital first leg advantage.

Leading with just 10 minutes remaining, the Dons will need to crank up another gear in next week’s return match at Turf Moor if they are to progress in the competition.

Sam Vokes squeezed a shot past Dons’ keeper Joe Lewis from seven yards to put the Lancastrian’s in pole position for the second leg next Thursday.

The winners will play Turkish side Istanbul Basaksehir in the third qualifying round.

Burnley came into the match as favourites though this is their first venture into Europe in more than half a century and was reward for a seventh place finish last season.

Rangers managed their first away win in Europe since defeating Sporting Lisbon on their way to the Uefa Cup final in 2008.

Alfredo Morelos earned his club a precious away victory in Croatia and gave Steven Gerrard’s side a third clean sheet in three competitive games under the new manager.

Maribor or Georgian outfit Chikhura Sachkhere await the victors of this tie.

Hibernian fought back from a 2-0 deficit at half-time to take a narrow lead into the second leg.

Martin Boyle and David Gray levelled the match before Asteras Florian Kamberi topped a night to remember with a stoppage-time winner.

The two sides meet in Athens next Thursday, with the winners facing Norway’s Molde or Albanians Laci in the next round.