Tiger in the mood to hunt down more majors 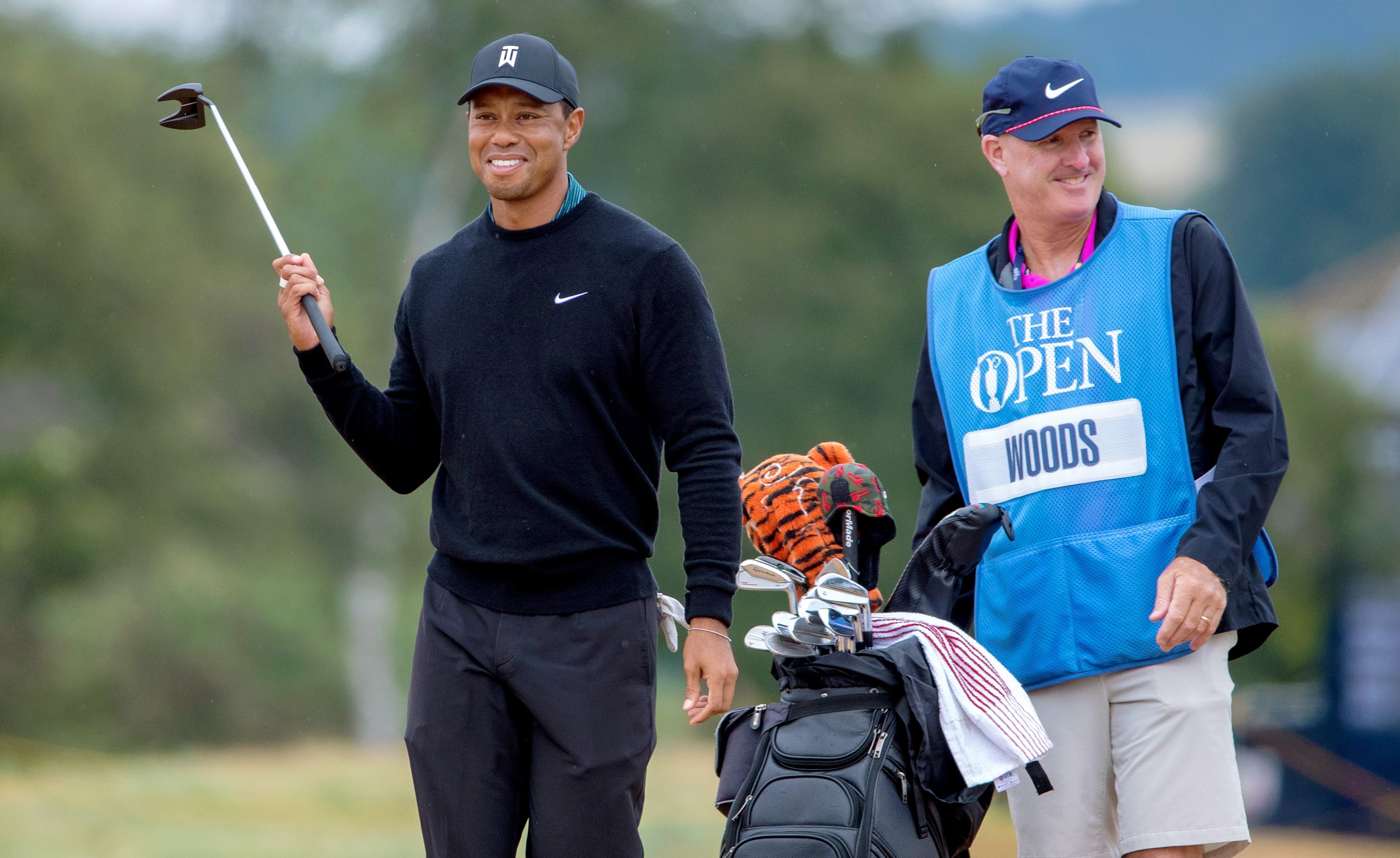 Tiger Woods is delighted to be back competing again at Carnoustie this year after his injury problems (pic: SNS Group)

At the age of 42, time is not exactly an enemy for Tiger Woods at the moment. However, after numerous operations on his back in recent years, the former world No. 1 knows that his chances of adding to his tally of 14 majors are not what they used to be.

You have to go back 10 years to find the last time the American won a major when he came out on top at Torrey Pines, and it’s five years since he last claimed a tour title.

Now well on the road to a full recovery after his latest surgery, Woods has been reacquainting himself with Carnoustie this week ahead of the start of the 147th Open Championship on Thursday.

It’s a course he first experienced as an amateur in the 1995 Scottish Open and he can’t wait to tee it up at the tournament for the first time since St Andrews in 2015 after being forced to miss Royal Troon and Royal Birkdale.

Admitting there were times during his darkest days when he thought he may never make it back to the top level, the three-time Open champion said: “There were points when I never thought I’d be back at The Open again.

“It’s great watching on TV but it’s even better being here in person. Coming back to Carnoustie is such a blessing. There were times when I didn’t think this was possible but here I am in my third major of the year.

“Each tournament I feel a bit better because I’m starting to play golf again. I feel I’ve got a better understanding of my game now. Everything is going just a little bit better, so who knows.”

He may no longer retain an aura of invincibility which was a hallmark of his career in its prime but he remains confident of maintaining a challenge on links courses.

“You don’t have to be long to play The Open,” he said.

“You get to Augusta and it’s a big ball park and the course sort of outgrows you but links-style courses you can roll the ball. As I get older I can still get great distance on this sort of course.

“It’s my best chance of winning another major because it’s my next chance but I would also say, long-term, this is a tournament where I hope I can remain competitive.

“I’ve always loved links golf, it’s my favourite type to play and I love the challenge of it.”

Although the fairways have been baked brown by the hot summer, the greens remain receptive and the European Ryder Cup star said: “I like this golf course, it is a fair one.

“There are hazards you need to avoid and you need to hit quality shots. I think it will be the perfect test, and you will see some good scores.

“It will favour a patient player. Even if you play aggressively you will be up and down all week, things will go against you. Accepting that is the secret. That’s the beauty.”

The Englishman begins his first round in the company of defending champion Jordan Spieth and Kiradech Aphibarnrat at 9.58am, with two more of the pre-tournament favourites Rickie Fowler and Jon Rahm in the group behind.