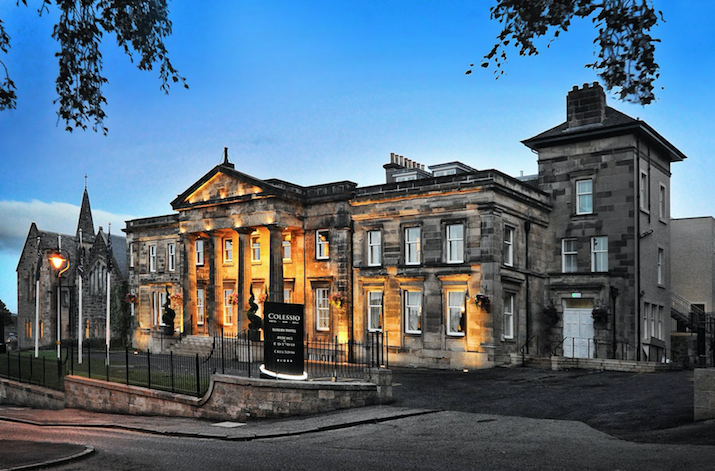 A hotel which has played a long and varied role in the history of Stirling has been sold to a private investment group for about £6 million.

The Colessio Hotel, a Georgian building on the road to Stirling Castle, will be expanded by new owner, Hotel Colessio (Holdings) Limited, a private investor group.

It will be operated by Focus Hotels Management, which already manages two hotels for the same investors.

The Colessio in Spittal Street dates from 1825 and was used a bank. In the late 19th century when it was converted to a hospital infirmary for 50 years, before being used as a library and offices.

A restoration programme began in 2010 and it opened as a hotel in 2014.  The current owners have sold it to allow them to concentrate on their other business interests.

The hotel has 37 bedrooms and a further 20 are planned.

Alistair Letham, a director in the UK hotels agency team at selling agent Colliers International, said: “The Colessio Hotel was offered for sale on a confidential basis but attracted interest from both local (UK) buyers and a range of overseas operators and investors.

“The hotel’s location means it has offers great ease of access to Scotland’s main population centres and the many visitor attractions in the cities and the Highlands. Plus of course, with the hotel being located so close to the iconic Stirling Castle, makes it an automatic attractive proposition.”

The purchase price was not disclosed but Colliers confirmed that it was close to the asking price of around £6m.